What’s putting the brakes on EV adoption in South Africa?

South Africa is lagging behind global sales of electric vehicles (EVs), which were projected to reach five million in 2019. To keep up to speed with South Africa’s plans for this evolving market, ESI Africa gathered industry experts to discuss decarbonising the transport sector through EV adoption. Here’s what transpired.

This article was originally published in Smart Energy International

In Smart Energy International’s recent webinar, The race to capture the EV market in South Africa, they unpacked how the country can unlock local EV potential. In his opening statement, Hiten Parmar, Director at uYilo eMobility Programme, underlined that the fastest-growing source of greenhouse gas emissions is from the transportation sector, stating: “…out of the 10.8% of emissions from the transport sector, 91.2% are from road transport, primarily from the combustion of petrol and diesel.” Joining the discussion, Nick Singh, Head of the Smart Grid CoE at Eskom, drove straight to the point that as the energy landscape is changing, “so too must utilities follow suit by adapting and adjusting traditional business models to embrace this disruptive technology and make it work in their favour”.

Singh further stated that smarter grid aspirations have given rise to the presence of DER including the likes of plug-in electric vehicles within the distribution networks, making them an integral part of networks of the future. He then noted that the impact of vehicle-to-grid and vehicle-to-home interactions will have a significant impact on the national grid, both positively and negatively. Being mindful of this impact – an influence on the grid and home alike – is necessary to determine how to manage these new resources, admitted Singh.

According to Parmar, South Africa has policies, regulations, and standards frameworks that are in support of decarbonising the transport sector. He explained that the country’s national climate change strategy “recognises that the response should be developmental, cost-effective and integrated in nature.” Policy instruments that have been put in place to incentivise buyers to move away from emission heavy vehicles are:

Even with all these policies in place, the South African EV market is nowhere close to other markets, which are now appreciating additional features of these cars. Pointing out these aspects, the chairperson of the EV subcommittee at the National Association of Automobile Manufacturers of South Africa (NAAMSA), Brian Hastie, revealed that “in 2019, over 20 new EV model rangers were introduced in the European market and that number is set to become 400 models within the next three years. By 2020, more than 3% of all new cars sold will be EV’s. Eleven percent by 2025, 55% in 2040”.

In contrast to the global uptake, South Africa is lagging behind due to limited model choice, opined Hastie: “Retail prices are unattractive to consumers, EV business cases for OEM/importers are unfavourable and because of this slow growth, the country is predicted to only reach 3.7% growth by 2025.”

Responding to an audience question on government strategy, Hastie believes the first priority should be to normalise the duty rate from 25% to 18%. “Here we are talking about the European import tariffs because at this stage most production of EVs is European. So that’s very relevant.” However, incentives are also a priority, he said, adding that the association believes that a five-year window is needed in order to stimulate the uptake.

On the upside, Hastie said it’s worth noting that the production cost of EVs will reduce greatly with the volume increase. “This is the global scenario and therefore we need to stimulate the uptake in order to grow the volume. Then from a certain point incentives will no longer be necessary because cost parity with EVs would have been achieved and at the same time income from the EVs ecosystem. By that time charge point installations and sales as well as tooling required to support EVs, including training, would have been achieved. Those revenue streams from the EVs ecosystem will also bring additional incremental money into the economy,” he said.

Key infrastructure required for the uptake of EVs

When asked about the key infrastructure that will expedite e-mobility interest, Singh said: “I believe plug-in electric vehicles will require significant investments to upgrade our existing infrastructure to accommodate these large charging loads. For example the old Nissan Leaf had about a 22kWh battery and the new Jaguar is close to 90kWh – these are massive loads.” According to Singh, the infrastructure will include possible line upgrading, transformer upgrades as well as public charging infrastructure and payment methods.

Also participating in the webinar, Eskom’s e-Mobility Project Manager, Darryl Chapman, advised that “with global adoption of EVs, Eskom has realised that this is possibly a potential for new revenue streams for the utility”. To get the full scope of what lies ahead for this market, Eskom conducted a study to understand the market status.

Singh added: “We all know that IoT and communications will play a large part in this new infrastructure and one of the crucial layers in any smart grid is communications and cybersecurity. As soon as one introduces points of sales or remote charging with billing, then factors like this become very important. So there’s a lot to do in this infrastructure space.”

Exploring further into how to fuel consumer interest, an audience member asked the panel about the feasibility of retrofitting conventional vehicles. However, Chapman felt this was not feasible: “Initially I don’t think conversions are going to play a significant role if we look at other EV markets and how those have developed. I strongly believe that the kickstart will come more from the availability of a variety of more affordable models both in entry-level and mid-range models. I think retrofitting might be more of an option for something like the taxi industry in the future.”

The acceptance of e-mobility is surrounded by a lot of anxiety ranging from frequent power blackouts, limited charging stations and battery storage performance. Singh admitted that erratic power supply has been with us for a while and “it is frustrating”; however, he said Eskom is looking at how to move forward as a company by looking at distributed energy resources. “So in response to the question, I want to suggest an alternative solution where we could actually use DER infrastructure to alleviate loading of distribution network infrastructure.” He envisaged a solution that would include solar PV, and smart inverter solutions in residential and C&I sectors that would offset a portion of the inevitable loading on the national grid.

In addressing charging issues, Hastie said: “An overnight home charge is the most convenient and the cheapest form of charging. Setting off from home on full charge for general use, 300km is far enough. I would say that for longer trips and day trips, it is essential to have a public network.” Explaining in detail about the battery performance, Parmar noted that “EV battery manufacturers provide up to eight years’ warranty as opposed to the conventional petrol and diesel vehicles; this gives confidence in the technology as well as support to the consumer in that respect”. There is also the question around second-life use of the vehicle batteries once the battery is retired from the vehicle: “It can be repurposed for alternative uses either as home storage or all the way up to utility-scale storage,” noted Parmar. ESI

Since 1996, SEI has been delivering high-quality content that resonates with utilities and equipment makers in every electricity, gas and water market in the world. They bring together thought leaders, technical experts and government regulators to share knowledge and direction on the future trends shaping the industry to help you excel at what you do. Find out more

On 9 July 2020, we invited a panel of industry experts to discuss whether the construction of new clean energy projects should be ... END_OF_DOCUMENT_TOKEN_TO_BE_REPLACED

Electrification, renewable energy and energy storage will get us part of the way through the energy transition. However, even with such END_OF_DOCUMENT_TOKEN_TO_BE_REPLACED

Taking green PPAs to the next level

We speak to Jason Tundermann, Vice-President of Business Development at LevelTen Energy, to learn about trends in the corporate ... END_OF_DOCUMENT_TOKEN_TO_BE_REPLACED

An unparalleled opportunity in unprecedented times

The International Renewable Energy Agency (IRENA) says there is now a once-inalifetime opportunity to put clean energy investment at ... END_OF_DOCUMENT_TOKEN_TO_BE_REPLACED 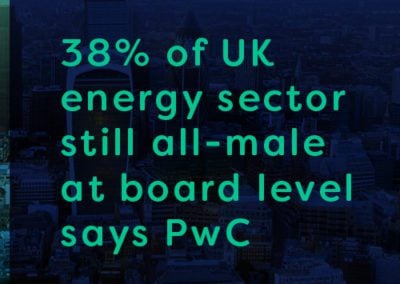 Tech and ESG are the ‘investment megatrends of the decade’

Technology and responsible investing will “inevitably be the top two megatrends” of the 2020s, affirms the CEO of independent financial END_OF_DOCUMENT_TOKEN_TO_BE_REPLACED

Who will make money in the energy business of the future, and who will fade from the scene? Politics and regulation certainly matter, ... END_OF_DOCUMENT_TOKEN_TO_BE_REPLACED

We explore how banks and asset managers are providing debt and innovative capital products and how they are responding to very ... END_OF_DOCUMENT_TOKEN_TO_BE_REPLACED

The argument has been made that aligning corporate, and investment goals to the Paris Agreement is easier in a growth market than ... END_OF_DOCUMENT_TOKEN_TO_BE_REPLACED 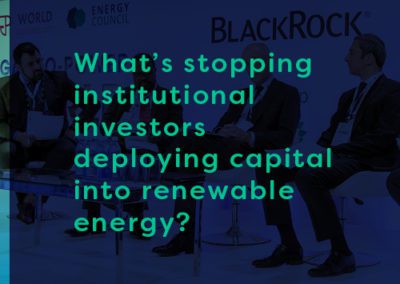 If executives are going to successfully access some of the $2 trillion a year in clean energy infrastructure being allocated, knowing ... END_OF_DOCUMENT_TOKEN_TO_BE_REPLACED

At the Energy Capital Leaders Assembly, we heard from some key players in the renewables and PPA market including Zosia Riesner, ... END_OF_DOCUMENT_TOKEN_TO_BE_REPLACED

Participants from the Capital Raising panel, that was due to take place at Mexico Assembly, met virtually to discuss the effects of ... END_OF_DOCUMENT_TOKEN_TO_BE_REPLACED 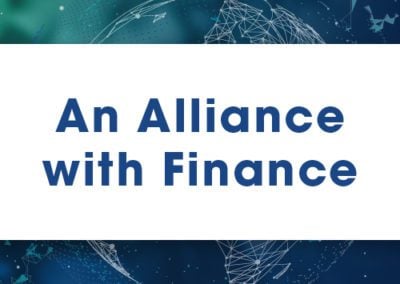 On 14th April, the Green Recovery Alliance was formed by members of the European Parliament together with ministers, CEOs, NGOs and ... END_OF_DOCUMENT_TOKEN_TO_BE_REPLACED 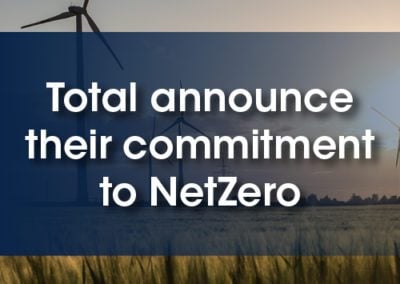 Amidst the daily sobering news which is inevitably focused on the COVID-19 pandemic and struggling societies and economies, there are ... END_OF_DOCUMENT_TOKEN_TO_BE_REPLACED 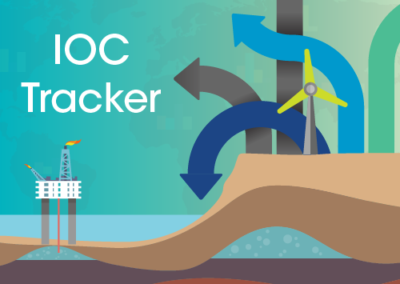 Today we have the luxury of choosing between several direct and indirect viable energy sources. Renewables and gas are two of these, ... END_OF_DOCUMENT_TOKEN_TO_BE_REPLACED 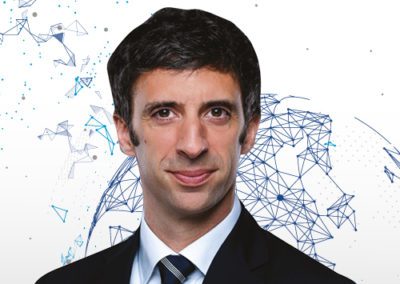 Energy transition will be at a crossroads when the world gets out of the current health crisis: will we base the recovery on a ... END_OF_DOCUMENT_TOKEN_TO_BE_REPLACED 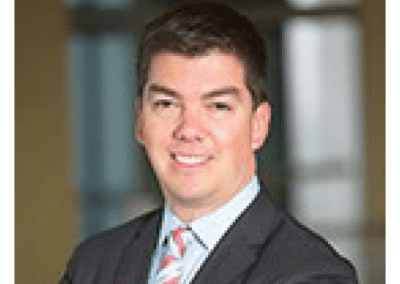