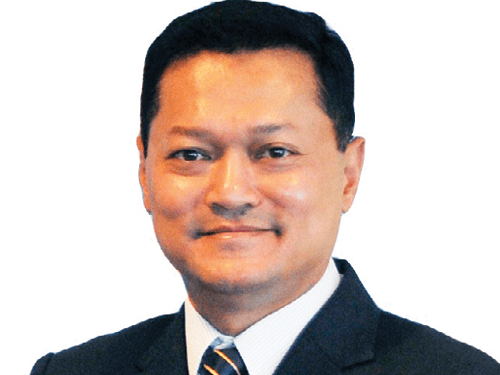 Datuk Mohd Anuar bin Taib has been Executive Vice President and Chief Executive Officer of Upstream at PETRONAS since April, 2016.

Before PETRONAS he served as Vice President (Malaysia) of Shell Upstream International Asia and Managing Director of Sarawak Shell Bhd and Sabah Shell Petroleum Company. In his 20 years with Shell he served in various capacities in drilling and completion, deepwater projects, project accounting, commercial project evaluation, acquisition and divestment and contracts and procurement in Miri, Kuala Lumpur and New Orleans.

Datuk Anuar serves as the Chairman of VESTIGO Petroleum Sdn Bhd. He has been Chairman of the Board at Progress Energy Resources Corp. since April 2016 and Pacific NorthWest LNG (PNW LNG) since April 2016. He serves as a Director of Malaysia LNG Dua Sdn Bhd, Malaysia LNG Tiga Sdn Bhd, Kebabangan Petroleum Operating Company Sdn Bhd and SPE-Asia Pacific (M) Sdn Bhd. He also serves as a Trustee of the Merdeka Award Board which includes Trustees from PETRONAS and ExxonMobil.