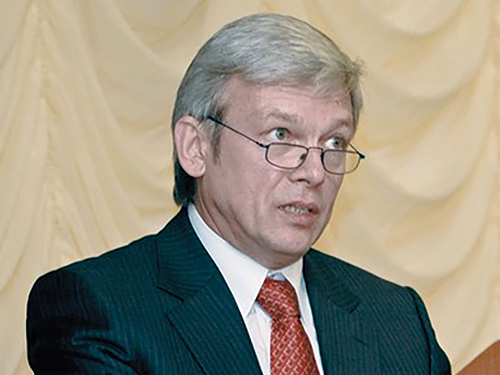 Member of Scientific Council for System Research in Energy, Russian Academy of Sciences

In late 70's and through 80's he researched international energy issues in the Institute of World Economy & International Relations, USSR Academy of Sciences (IMEMO). In 1990-91 he worked as a chief specialist in the USSR State Planning Committee (Gosplan) in the division of market analysis, department of foreign economic relations.

From 1991 to 1993 Prof. Konoplyanik served as Deputy Minister of Fuel and Energy of Russia with particular responsibility for external economic relations and direct foreign investments.

In 1996-1999 Prof. Konoplyanik worked as an Executive Director of the Russian Bank for Reconstruction and Development. In 1999 he created and until early 2002 was the President of the Moscow-based Energy and Investment Policy and Project Financing Development Foundation. Since 1993 till 2002 he has also worked as a non-staff Adviser to the Deputy Prime-Minister E.Gaidar, to a number of Ministries in the Russian government (Fuel & Energy, Economy, Finance) and to the Russian State Duma (Committees on economic policy and on natural resources), where he headed the drafting group preparing investment-friendly legislation on Production Sharing Agreements. From 1997 till 2002 he was also a visiting lecturing professor on international energy markets in the State University of Management, Moscow.
From March 2002 till May 2008 Prof. Konoplyanik served as Deputy Secretary General of the Energy Charter Secretariat in Brussels, Belgium.

After returning back to Moscow in 2008 Prof. Konoplyanik worked as an Adviser to the Board, GPB Neftegas Services B.V., Moscow branch, and a Consultant to the Board, Gazprombank, Russia, then he was Director for energy markets regulation and project leader in the Foundation “Institute for Energy and Finance”. Since October 2008 till February 2020 he was also a visiting lecturing professor at the Chair “International Oil and Gas Business”, Russian State Gubkin Oil and Gas University, with his special course on evolution of international oil and gas markets and instruments of investment protection & stimulation in energy.

Since 2011 he is a Russian co-chair of the Work Stream 2 “Internal markets” of the Russia-EU Gas Advisory Council. Since January 2013 he is an Adviser to Director General of Gazprom export LLC.

Since March 2020 he was appointed a member of Scientific Council for System Research in Energy, Russian Academy of Sciences.
He is a member of the IBA, IAEE and AIPN, member of the Editorial Boards of the journals “Neft Rossii” (Oil of Russia), “Neftegazovaya Vertical” (Oil & Gas Vertical), “Energy Strategy Reviews”, of International Advisory Board of “Energy Policy”, associate editor of the “Oil, Gas & Energy Law (OGEL)” journal, member of the Expert Board of the journal “Neft, Gaz i Pravo” (Oil, Gas and Law).
He published more than 700 articles on energy issues both in the USSR/Russia and abroad, and participated in more than 90 monographs, incl. 20 individual ones.