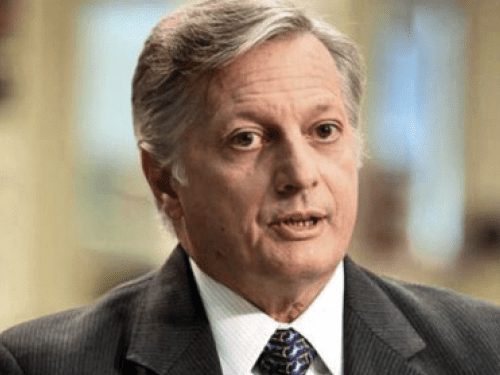 Juan Jose Aranguren joined Shell in 1979 as a graduate trainee in the Technology Department at Buenos Aires Refinery. In 1984 he was assigned to Shell Australia, taking the position of Refinery Economist at Geelong Refinery.

Upon his return to Argentina, he worked in different managing positions in Bitumen, Fuels Marketing, Supply and Trading. In 1995 he moved to London where he held the position of WA Regional Assistant for English speaking Africa and later for Latin America. In 1997, back in Shell Argentina, he was appointed as Supply and Marketing Vice-President and Member of the Shell Argentina Board. In 2000, he was appointed Retail Vice President for the Southern Cone Cluster (comprising Argentina, Bolivia, Chile, Paraguay and Uruguay).

Since 2003 and until his retirement on June 30th, 2015 he was the President of Shell Compañía Argentina de Petróleo S.A. and Vice President of Supply for Shell Latin America.

On December 10th, 2015, Mr. Aranguren was designated by President Mauricio Macri as Minister of Energy and Mining of the Argentine Republic. Since then, he has set about to increase confidence in the energy sector and create the right conditions for long-term investment and a robust path towards energy security; advocate of renewable energy and of reducing the impact of climate change; in May, he set out rules for Argentina’s first planned auctions for renewable energy, expected to spur as much as 2.4 GW of new capacity led by wind and solar farms and drive as much as $4 billion in investment.

In 2008, the Konex Foundation awarded him with the Merit Diploma and the Konex Platinum Prize as industry leader of the previous decade. In 2009, he was avowed as “Business Leader of the year for the industrial sector” by the local Association of Business Leaders and, in 2013, he was named Argentina´s CEO of the year after a poll carried out by PriceWaterhouseCoopers, “El Cronista” Newspaper and “Apertura” Magazine. In April 2014 he was named the CEO of the year as a result of a ballot among his peer group conducted by Ernst&Young