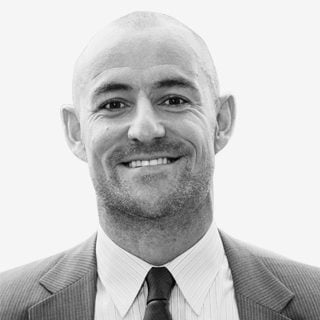 Ross has 12 years’ experience of working alongside energy companies, connecting them to global business leaders in finance, investment and government, while advising them on their business development goals, corporate affairs, marketing, strategic partnerships and industry relations.

Having initially worked with London-listed energy companies, connecting them to investors and financiers, he co-founded the Oil & Gas Council in 2009. Ross spent five years as CEO before transitioning in 2014 to become Executive Chairman. He was responsible for spearheading the Council’s growth internationally, building the world’s most influential oil and gas business network, with four offices globally, connecting 6,000 executives each year.

Ross relocated to Singapore in 2014, advising the Council’s globally on its development, whilst being directly responsible for managing and expanding its Asia-Pacific network.

Well recognised across the industry as one of its most networked executives, Ross stepped down from full-time work at the Council at the end of 2016 to become CEO of Guanxi Energy.

Ross is currently also Non-Executive Chairman of Oil & Gas Council and also serves as Chairman of the Judging Committee for both the World Oil & Gas Awards and the Asia-Pacific Oil & Gas Awards. Additionally, Ross is a Member of South East Asia Petroleum Exploration Society (SEAPEX).

Outside of the energy industry Ross is a Founding Trustee of a new charity based in Singapore helping underprivileged children in Laos and Cambodia. Ross has a terrible golf game, as well as an upper second class honours degree and a near finished post-graduate masters, both from the University of Glasgow.