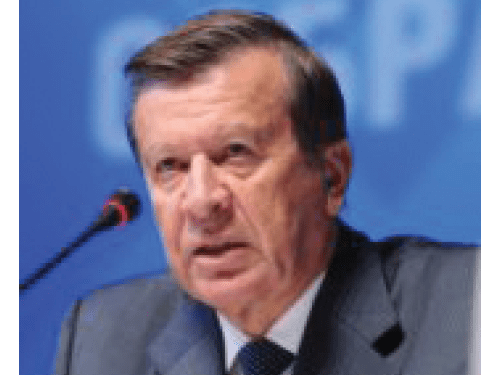 Russia’s Special Presidential Representative for Cooperation with the Gas Exporting Countries Forum, Administration of the President of the Russian Federation & Chairman of the Gazprom, Board of Directors, PJSC Gazprom

Is a Russian politician and businessman who served as the 36th Prime Minister of Russia from September 2007 to May 2008. He was Vladimir Putin's First Deputy Prime Minister during the presidency of Dmitry Medvedev.

Zubkov is also the current chairman of the board of directors of Gazprom, Russia's largest corporation and one of the largest oil and natural gas companies in the world.