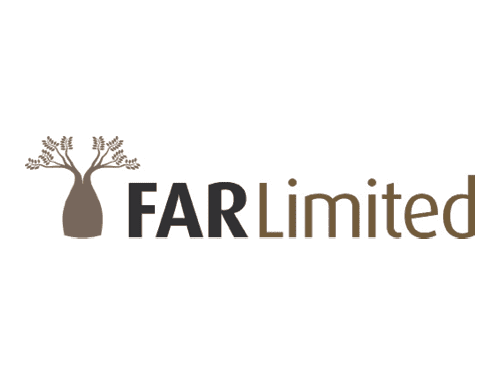 Incorporated in Western Australia in 1984 as First Australian Resources NL, the company became a listed public entity in 1985 changing its name to FAR Limited in 2010.

In West Africa, FAR holds a portfolio of exploration licences in Senegal and Guinea-Bissau. In East Africa, FAR has exploration acreage in the emerging oil and gas province of Kenya. FAR also holds acreage surrounded by proven petroleum systems in the state of Western Australia.

Two world class, offshore oil discoveries; FAN-1 and SNE-1, were made by FAR in Senegal in late 2014 which have transformed FAR and underscored the global significance of its West African margin exploration leases.

FAN-1 and SNE-1 were the first exploration wells to be drilled offshore Senegal for over 20 years and the first wells ever drilled in water deeper than 500 metres.

FAR has a robust balance sheet and a highly experienced board and management team with strong relationships in Africa.

FAR’s mission is to generate value that rewards shareholder investment and other key stakeholders through continued growth and exploration success.