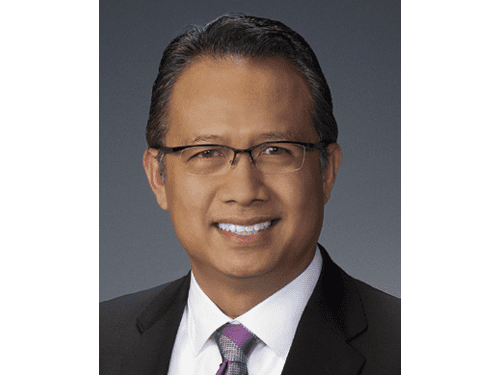 Abang Arabi Abang Narudin was born in Sarawak, Malaysia in 1963. He received the Bachelors of Science degree in Geology & Geophysics from the University of Wisconsin-Madison, USA in 1985.

Arabi currently holds the position as Head of Global Upstream Business Development at PETRONAS since July 2017.  Prior to that (2012 to mid-2017), Arabi was a Vice President for Strategy and New Ventures at Progress Energy Canada Ltd., a fully-owned subsidiary of PETRONAS for its Unconventional shale gas business in Canada.

Prior to joining PETRONAS in 2012, Arabi had worked for the Royal Dutch Shell group for 26 years with experience in exploration, petroleum engineering economics, upstream business development, LNG marketing, Gas-To-Liquids project development, and management of technical services.  Arabi started his career in the oil & gas industry in November 1985, when he joined Sarawak Shell as an Exploration Geophysicist.  After 7 years in exploration, Arabi later joined the Petroleum Engineering department as an Economics & Planning Engineer.  Between 1995 and 2000, moved to Shell Malaysia in Kuala Lumpur with roles from Senior Gas Planner to Senior Manager in LNG Marketing and LNG Market development, where he facilitated first LNG sales from Malaysia LNG to the US and Spain.

Between 2001 and 2003, Arabi went for an international assignment to Shell International Gas in London as a Business Development Advisor for Shell’s GTL project in the middle east. In 2004, he moved back to Kuala Lumpur assuming the role of Senior Manager LNG Business development in Shell Malaysia and later moved on to be Project Manager, New Business development for Shell E&P until 2010.   Between 2010 and 2012, Arabi became a General Manager for Shell Global Solutions for its businesses in Malaysia and Indonesia.

Arabi is married with 3 children and blessed with 2 grand-children.   Amongst his passion, Arabi loves music and plays the guitar, piano, drum, ukulele.  He is also a keen golfer, into drone-videography and recently added classic cars into his areas of passion.