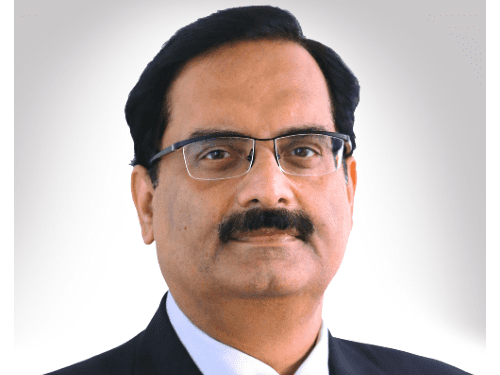 As the current Chief Executive Officer of Cairn Oil & Gas, Vedanta Limited, Ajay Kumar Dixit has been instrumental in defining the organisation’s strategy and growth story.

Ajay brings to Cairn more than 39 years of rich expertise and experience in the energy sector. In his role as Chief Executive Officer, Ajay will support Cairn’s vision to realise the full potential of Barmer block, grow the offshore business, appraisal of new blocks under the Open Acreage Licensing Policy (OALP) Round-I, II and III and Discovered Small Fields (DSF) Round-II, and continue to steer a strong and high growth organisation.

He joined the Vedanta Group as Chief Executive Officer, Power, in May 2015, and in December 2016, was appointed as CEO, Power, TSPL, and Innovation, responsible for the TSPL business unit, the Centre of Excellence for Power, Coal/Carbon renewables strategy, and Group Innovation.

In February 2017, he was appointed Chief Executive Officer, Alumina and Power, to drive the ramp up of Chhattisgarh Bauxite and enhance reserves, secure Odisha Bauxite and any additional Bauxite sources and ramp up refinery at Lanjigarh, all three of which form part of the Alumina vertical.

He served as interim Chief Executive Officer – Aluminium & Power from November 2018 to February 2019. In this tenure, he succeeded in bringing down the Aluminium Cost of Production (COP) to record levels, and simultaneously ramped up Lanjigarh Refinery to 1.8 Million Tonnes Per Annum (MTPA) capacity.

Prior to joining the Vedanta Group, Ajay was CEO – Energy Sector for South Asia at Siemens. He joined Siemens as a Project Engineer in 1980 and worked in roles of increasing responsibility, before taking over as the CEO, Energy. He has won several innovation awards in Siemens.

Ajay is an Electrical Engineer from Delhi College of Engineering.