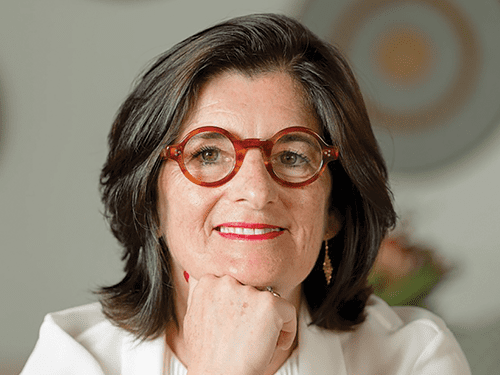 She embodies perfectly the One TotalEnergies Strategy through a career in different branches of the Group. She started in Elf E&P in 1991, as a project manager for offshore petroleum developments in Africa and then as an economic analyst for new fields and developments for Total E&P.

From 2000-2004, she moved to Gas and Power branch, in charge of the purchase, storage and transportation for gas contracts in France.

She then integrated the Trading-Shipping Division where she was responsible for Equity Crude Acquisition (Congo, Gabon, UAE, Oman, Caspian Sea, North Sea) for 7 years from 2004 to 2011.

From 2011 to 2013, Anne-Sophie held the position of Vice-President for USA and Mexico – Americas Division, working in Paris La Defense when shale gas in the US started impacting the world supply-demand balance.

Then moved on to a new perimeter as Vice-President for South Africa-Mozambique channel in the Africa Division of Total E&P where she was also Managing Director of the following Exploration affiliates: South Africa, Mozambique, DR of Congo, and Kenya from 2013-2017.

She is now based in Singapore for her role as VP Northern Asia Pacific.

Anne Sophie has graduated of Ecole Centrale de Nantes as Mechanical Engineer and from the French Petroleum Institute – Reservoir Development.