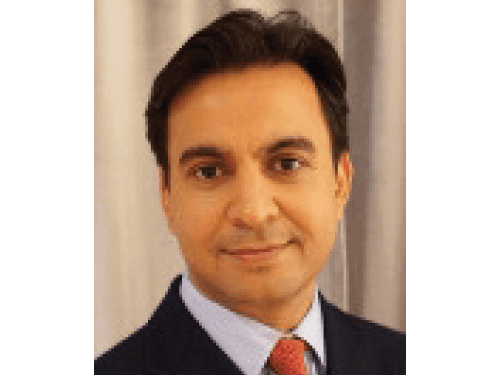 Anuj Sharma has approximately 20 years’ experience in the oil and gas industry and was appointed as non-board level CEO of Andes Energia in March 2017.

Prior to this, Anuj headed Mercuria EG’s investments in Argentina. As the head of Mercuria EG’s Argentine subsidiaries, he led PETSA, Mercuria Group’s upstream oil and gas company in Argentina, to significant exploration and development success, which resulted in more than a doubling of PETSAs production and reserves. Prior to that, he was the Vice President and Director, originating investment opportunities for a multi-billion dollar family office in Houston, USA.

Anuj has held positions in upstream equity research and portfolio management for a large commodity investment firm, making principal investments in the upstream oil and gas sector and managing the firm’s unconventional shale portfolio in the US. He started his oil and gas career as an engineer for Schlumberger Oil Field Services.

Anuj received his Bachelor of Electrical Engineering in India and an MBA from Duke University, USA where he graduated with the highest honours as Fuqua Scholar.

Alejandro Penafiel is a member of the South America Assembly Advisory Board that will be meeting to discuss how to make the Assembly beneficial for all players in the Southern Cone.