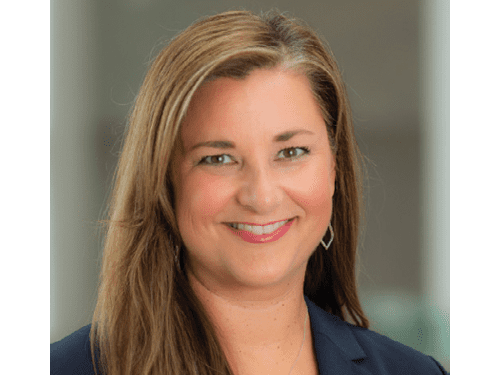 Lebsack joined Devon Energy in 2001 and has had the opportunity to work in several departments and on many enterprise-wide projects with increasing leadership responsibilities throughout her career. During Lebsack’s time in business development, Devon was active in transforming their portfolio through a significant number of transactions. Lebsack moved into various roles within the land department including leading land administration, business unit surface and subsurface land teams and regulatory teams before assuming her current role.

Ms. Lebsack received her Executive MBA in Energy from the University of Oklahoma and has a Bachelor of Science in business administration from Southern Nazarene University. She is on the University of Oklahoma Energy Institute board of directors, past president of the Greater Oklahoma Chapter of the Women’s Energy Network, a member of the American Association of Professional Landmen, Oklahoma City Association of Professional Landmen, and Oklahoma Energy Explorers.

Ms. Lebsack has been married to Michael Lebsack for 22 years, and they are active members of Crossings Community Church. They have two precious dogs and enjoy spending time watching sports and being in the mountains. Cathy loves reading and counts The Traveler’s Gift and The Servant among her favorites.