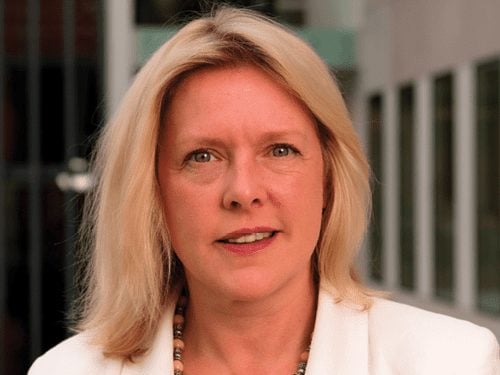 Ceri is from Pembrokeshire in southern Wales. She graduated with a BSc. in Geology from Liverpool University, and with a PhD in Structural Geology from The University of Wales in Cardiff, joining Shell in 1990. Ceri has worked as a geoscientist in the UK, Angola, Malaysia, the Netherlands, and the UAE.

From 2009-2017 Ceri held the role of Executive Vice President for Exploration in Shell, drilling of 150 exploration wells per year, a global a multi billion dollar budget and 1500 staff. Most critical was the Health and Safety of all, but especially those in remote operations where Ceri believes in a personal visible presence – real “Boots on the Ground”.

In March 2017, Ceri was appointed as Managing Director, Brunei Shell Petroleum, a vital joint venture for Shell with the Government of Brunei, as well as being the Country Chair for Shell companies in Brunei upholding the highest standards of safety & business integrity. She is accountable for operations with production in excess of 300,000boe/day and 4000 staff.

She is a driving force in shaping the decarbonization journey of Brunei, sitting on the Brunei Climate Change Committee and growing New Energies/Renewables businesses as the Brunei Shell companies, and the nation, diversifies.

In 2014 Ceri was awarded an Honorary Doctorate of Science from Heriot-Watt University for services to Geoscience. In 2015 was honoured by a Fellowship at her alma mater, the University of Wales, Cardiff as well as being made a Fellow of the Energy Institute of the UK.

She has also been an active Advisory Board Member of the United Nations Sustainable Energy for All initiative, chaired by the Secretary General of the UN.

In 2013 and 2014, Ceri Powell appeared in Fortune Magazine’s list of the 50 most powerful women which when she was asked how she felt responded in typical humble fashion “Do I feel powerful? Well, I feel responsible – for the safety of all the people working for me, and for ensuring we deliver within our budget and produce good results. I feel more lucky than powerful; after 26 years in this industry, I am still excited by geology – by looking at cross-sections and maps, and at rocks in the field. I still make sure there is time for site visits, as I think it is very important that you ‘keep your hand in’ on the practical side to ensure you make the right decisions. Exploration is about gut feel as well as science, so it is important that I continue to hone my geological skill set. 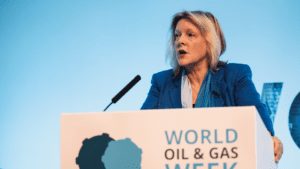