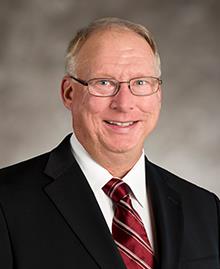 Chris Jacobsen, P. E., is President and Chief Executive Officer of Oak Ridge Natural Resources. Prior to Oak Ridge, Chris was co-founder and CEO of Premier Natural Resources, an independent oil and gas company formed after Occidental Petroleum’s 2006 acquisition of Vintage Petroleum. Prior to forming Premier, Chris was Vice President of U.S. Operations and Exploitation for Vintage, having joined them in 2002. Since 1994, Chris has served in executive management roles with Vintage Petroleum, KCS Energy, and Medallion Production Company. As such, he had direct responsibilities for certain acquisition, reserves, exploitation and production teams while he operated properties and managed drilling operations in 12 different states and the Gulf of Mexico – with an emphasis on Texas, Louisiana, Oklahoma, and California. Chris is a Registered Professional Engineer in the states of Louisiana, Oklahoma and Texas.

Before relocating to Tulsa in 1994, Chris was Sr. Vice President with Netherland, Sewell and Associates, Inc. where he managed engineering and geologic/geophysical teams and directed business development during his 12 year tenure. His major clients were Anadarko Petroleum Company, Oryx Energy, Plains Petroleum, Santa Fe Minerals and Shell Oil Company. As a result of managing these and other clients, Chris gained valuable experience working most of the major producing basins in the United States.

Chris began his career with Exxon Company, USA in 1977, after graduating with Honors from Rose-Hulman Institute of Technology in Terre Haute, Indiana where he earned his Bachelor of Science degree in Chemical Engineering with a minor in Economics. During his 5 years with Exxon, he held various engineering and supervisory responsibilities with an emphasis on reservoir engineering in Louisiana, Mississippi and offshore Gulf of Mexico. In addition, Chris was the Southeast Division Representative for the development of a week-long Exxon company school in reservoir engineering.

Aside from his professional career, Chris has served in various capacities in the community including Mayor Pro Tem/City Councilman of Sachse, TX (Dallas County) and Member of the Dallas County Mobility Coalition for Thoroughfare Development in the Dallas Metroplex, as an adult leader and member of the Friends of Scouts Committee for the Tulsa Council of Boy Scouts of America, and as Junior Achievement Counselor. Currently, he serves on the Executive Board and Board of Directors for the Indian Nations Council of the Boy Scouts of America in Tulsa. He recently served on The University of Tulsa’s Petroleum Engineering Industry Advisory Board.