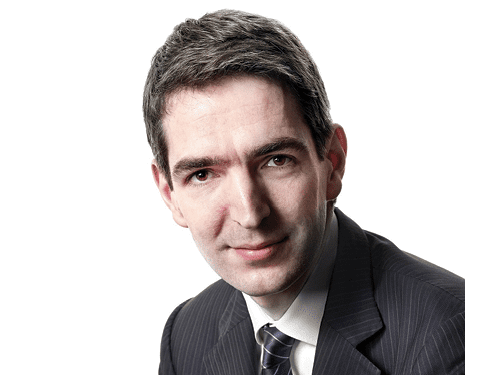 Cosma Panzacchi, born in Rome in 1978, is Executive Vice President for Hydrogen since november 2019.

Previously, held the position of Executive Vice President for Digital Transformation & Technology, in charge of three, main, areas: the traditional ICT business, the digitalization programs across the Group and the development of an open innovation hub within Snam. Prior to his current role, he was Chief of Staff to Snam’s CEO and led the Lean Program, which encompassed the entire Group and aimed at simplifying processes, while accelerating the delivery on efficiencies.

Before joining Snam, Cosma was Senior Analyst (Director) for European Utilities at AB Bernstein, part of the AllianceBernstein group (more than $ 550 bn AUM). As a Senior Analyst, he ranked 3rd in the 2017 Institutional Investor All-Europe Research Team, won the European Rising Star award by Extel in 2016 and reached the 4th position in Greenwich 2016 EU Survey. He also spearheaded several energy-focused Investors’ events including roadshows, reverse roadshows and conferences.

Prior to Bernstein, Cosma was a Junior Partner at McKinsey & Company, where he was a member of the European Leadership of both the Power & Natural Gas and Oil & Gas Practices, focusing on operational and strategic engagements. In this position, he covered the gas, power and oil value chains, working – among other countries – in Italy, France, Russia, Germany, Spain, Belgium, Turkey, Azerbaijan and Libya.