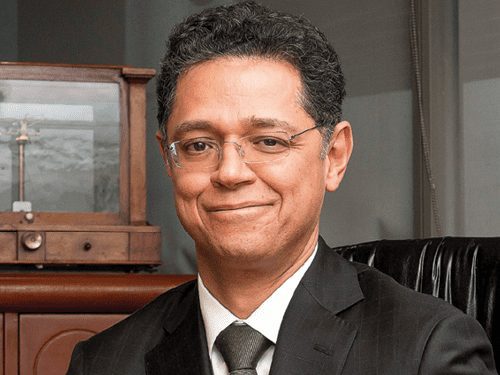 Undersecretary for Electricity, Ministry of Energy of Mexico (SENER)

Dr. César Emiliano Hernández Ochoa was appointed as Undersecretary of Electricity of the Ministry of Energy by President Enrique Peña Nieto on February 5th, 2014.

Prior to this designation, on February 16th of 2013, and up until his appointment as Undersecretary, he served as Head of Legal Affairs Unit of the Ministry of Energy; and currently he is member of the Governing Board of CFE.

Within the Federal Public Administration, he has occupied several important roles: Director-General of Foreign Trade in the Ministry of Economy, Director-General of Legal Counsel of the Federal Government and Director General of Long Distance within the Federal Telecommunications Commission. Furthermore, he was a researcher within the Center for Development and Research (CIDAC), and is author of several books, such as: (The politics of foreign trade: regulation and impact), and (The Captive Reform: Investment, Work and Entrepreneurship in the Mexican Electric Sector).

Dr. César Emiliano Hernández Ochoa holds a Bachelor’s Degree from the Faculty of Law of the National Autonomous University of Mexico (UNAM), and is a Fulbright and Ford-MacArthur scholarship grantee. He finished his graduate studies in Fletcher School of Law and Diplomacy, and holds a PhD from UNAM, obtained in 2007.