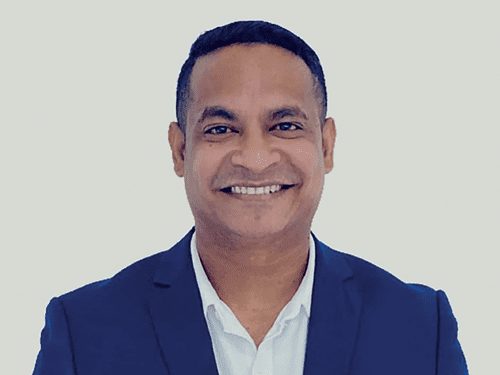 Florentino has 16 years of professional experiences, with more than 10 years of experiences serving the government of Timor-Leste in oil and gas as well as minerals sectors.

His previous experiences were mostly evolving around the Ministry of Petroleum and Minerals of Timor-Leste, TIMOR GAP, E.P. as well as ANPM (National Authority for Petroleum and Minerals) and Timor Resources before taking the role of the ANPM President.
During his time with TIMOR GAP, E.P.’s he held various management positions from Geoscience Team Leader, New Ventures Manager, as well as Deputy Managing Director for TIMOR GAP SEISMIC SERVICES (TGSS); with TGSS – he managed the first 3D offshore seismic survey of Crocodile, a seismic survey to be ever conducted by TIMOR GAP, E.P. and Timor-Leste.

He also spent almost a year working for the oil and gas industry with Timor Resources as Commercial and Compliance Director on onshore exploration.

Florentino holds a Master degree in Geoscience majoring in Reservoir Characterization from University of Tulsa, Oklahoma United States (Fulbright Scholarship recipient) and Bachelor of Science with Honors in a combined degree of Geology and Resource Economics from University of Western Australia, Perth – Australia.

Florentino will be speaking at the Asia Pacific Energy Assembly 2022, taking place in Singapore on 7 – 8 June 2022. Find out more here.