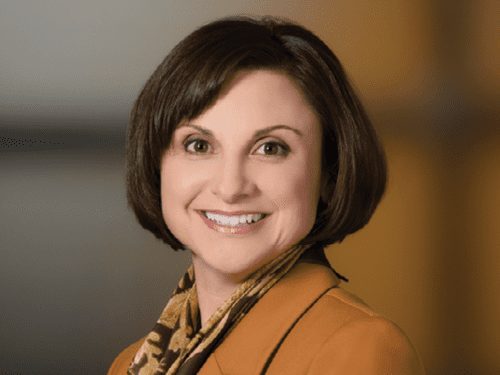 Gianna Manes, President & CEO of ENMAX Corporation, has three decades of experience in the energy industry. She spent the first part of her career in the gas pipeline business in Houston, Texas before transitioning to the electricity industry. Gianna has experience in a number of electricity markets across the United States, Europe and Alberta, Canada.

Before joining ENMAX in Calgary in 2012 as President & CEO, Gianna served as the Senior Vice President and Chief Customer Officer for Duke Energy, a large North American power company based in Charlotte, North Carolina.

Born and raised in Louisiana, Gianna earned a Bachelor of Science degree in industrial engineering from Louisiana State University, a Master of Business Administration degree from the University of Houston, and completed the Harvard Business School Advanced Management Program. She also holds the ICD.D designation from the Rotman School of Management.

Gianna currently serves as a member of the board of directors for Keyera Corp. and the Canadian Electricity Association.  In 2014, she served as Co-Chair of the Calgary and Area United Way campaign and served on its Board of Directors from 2015-2018.

Gianna has been recognized for her leadership and accomplishments throughout her career: as Electricity Human Resources Canada’s CEO of the Year in 2013, one of Alberta Venture’s Top 50 Most Influential People in 2015 and twice-recognized as one of Canada’s Most Powerful Women by the Women’s Executive Network .