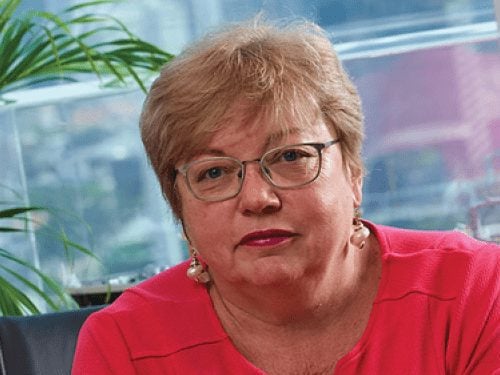 Gina Fyffe is Scottish and graduated from the University of Edinburgh in Biomedical Sciences. Her career started with Exxon Chemical in the UK followed by several years in its international HQ in Belgium. In 1989, she founded what is now the global petrochemical trading company Integra Petrochemicals. (www.integra-global.com).

She chairs the Board of Granite Holdings and Integra Petrochemicals.

Gina was also a founding member of the Woman in Shipping and Trading Association (WISTA), which has grown over the years into a global organisation offering training, networking and support for women in the industry.

In 2018, Integra Petrochemicals parent company sold part of its shareholding to one of the stock listed companies of Cedar Holdings Group, one of China’s largest private conglomerates and is ranked number 301 on the Fortune 500 list.

For her work in the Petrochemical markets, Gina has received various awards and accolades over the years- most recently these have included:

For the last 3 years in a row, Gina has been included in the Middle East Power 50 for her work in the region.