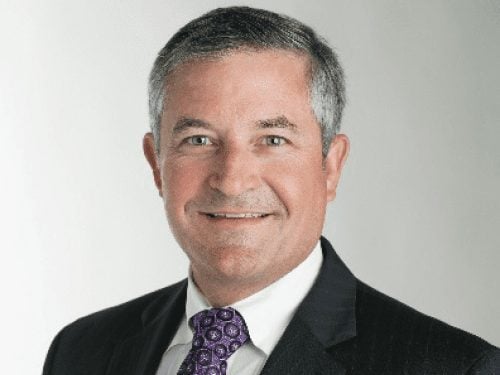 Jay P. Still, President and CEO of Guidon Energy, founded the company in April 2016 in partnership with Blackstone Energy Partners, one of the leading private equity investors in the energy space.   Since Guidon’s inception, the company has built a significant acreage position in the core of the Midland Basin, one of the most prolific oil and gas fields in the world.  The company currently has approximately sixty employees with offices in Irving and Midland TX.  The properties are being developed with extended reach horizontal wells utilizing leading edge development techniques and a manufacturing process with safety and environmental protection as our number one priority.

Previously, Jay was President and Chief Operating Officer and Board of Director member of Laredo Petroleum. Prior to joining Laredo, he held various positions with Pioneer Natural Resources, most recently as Executive Vice President, Domestic Operations where he was responsible for assets in the Rockies, Alaska, Barnett Shale, West Panhandle, Mid-Continent and South Texas. His responsibilities also included Corporate Engineering, EFS Midstream and Sustainable Development.

Mr. Still currently serves as a Board of Director for several industry related companies and has served as a Board member of several non-profit organizations.  He also served as Chairman of the Colorado Oil and Gas Association.

In 1995, Mr. Still joined Pioneer’s predecessor, Parker & Parsley Petroleum Company and previously spent ten years with Mobil Corp.  Mr. Still holds a Bachelor of Science degree in Mechanical Engineering from Texas A&M University and graduated with a Reserved Duty Commission in the U.S. Army where he served for seven years in the Army Core of Engineers Reserved Forces. He also has a Master of Business Administration degree from Loyola University.