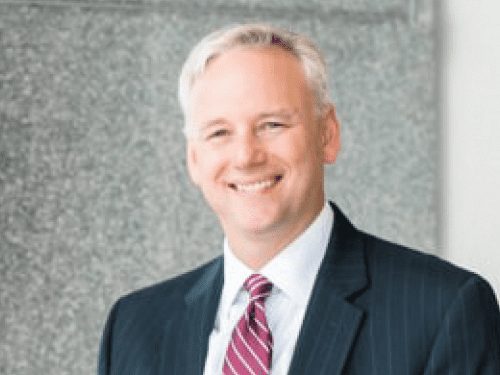 Jim Summers is a 25-year veteran of the energy industry, having held senior leadership positions at integrated oil and gas majors Conoco and BP, as well as privately held start-ups. As the former Chief Operating Officer at Energy Water Solutions and Sector Leader for both Water and Midstream at ERM, Jim is recognized as an industry expert in the use of water infrastructure to reduce cost, manage risk and improve long term profitability.

Jim started his career in 1990 as an engineer with Conoco Natural Gas and Gas Products living in West Texas. After successfully completing Conoco’s Management Development Program, Jim progressed through a number engineering, project management and commercial roles before moving into North American Gas and Power to help Conoco develop opportunities related to the emerging de-regulation of power.

Jim joined BP in 2001 to lead their Western Power Structuring and Origination business, where he quickly developed a reputation as a visionary and strong leader within the organization. Within 18 months he was placed on BP’s High Potential Program and promoted to Vice President of Integrated Supply and Trading for BP’s North American NGL business, one of the largest such operations in the world. As a member of the Executive Leadership team for both Global Supply and Trading as well as the NGL Business Unit, Jim had direct influence over $2 billion in annual gross margin.

In 2006, Jim joined Element Markets, a start-up focused on the development of wind, solar and biogas projects, where he served as the President of Element Markets Biogas, LLC. In 2011, Jim joined his second start-up venture, Energy Water Solutions, as the Chief Operating Officer. In his role as COO, Jim was responsible for the design, integration and operation of new water treatment technologies within the oil and gas industry.

Just prior to joining H2O Midstream, Jim spent 18 months as a Partner with Environmental Resources Management, a global sustainability consulting firm, leading both their Integrated Water Management and Midstream sectors for the Southern Division. In this role, Jim became a respected subject matter expert in the area of strategic water management and had the opportunity to work with producers throughout North America to identify critical risks and develop long term solutions to complex operational challenges.

A former collegiate debater, Jim is a sought after speaker and serves on several non-profit boards in the Houston area. Jim holds an Industrial Engineering degree from the University of Oklahoma and currently lives in Katy, TX with his wife of 21 years and 3 daughters.