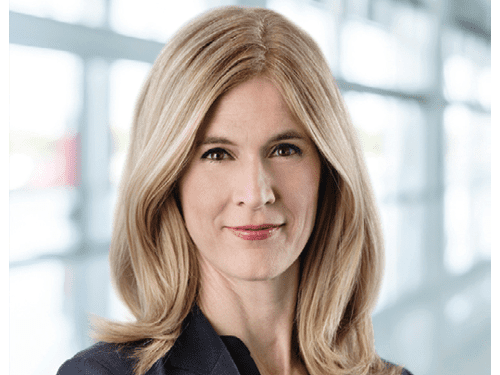 Joanne Alexander is responsible for the overall legal affairs of Ovintiv and its subsidiaries, and oversees the company’s corporate compliance program. She has more than 25 years of legal and business experience in the oil and gas industry.

Alexander joined Ovintiv in 2015 as executive vice president and general counsel. Previously, she has held senior legal and business roles with several companies in the oil and gas industry.

Medicine. She is a former Trustee of the Center for American and International Law and a Founding Member of the University of Calgary Law School’s Strategic Plan Campaign. She is a past president and former Director of the Canadian Petroleum Law Foundation.

In 2014, Alexander was recognized as one of the Women’s Executive Network’s Top 100 Most Powerful Women in Canada. She was twice a finalist for Canadian General Counsel Dealmaker of the year and Western Canada General Counsel of the year in business.

Alexander graduated with distinction from the University of Saskatchewan with bachelor’s degrees in law and commerce. She is a member of the bar in Alberta and Colorado.