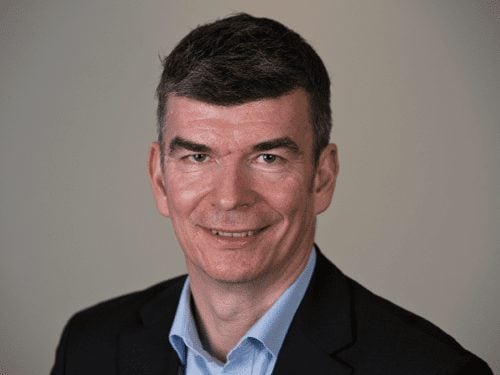 Jon Peachey grew up and was educated in southeast England, obtaining postgraduate qualifications from Imperial College and Henley School of Management. Jon is a geologist by background with 30 years in the energy industry.

Jon is currently Shell’s Vice President for Portfolio and New Business within Exploration for Shell. He was previously General Manager, Exploration for Europe/Africa/Asia and the Middle East with the BG Group (BG) and was appointed to his current role following the combination with Shell in February 2016. He also led BG’s transition for Exploration through into Shell.

Jon spent the previous twenty years at the BG Group in various Operational, Exploration/Development, Asset Management, Business Development, Financial and Strategic planning roles. He combines a passion for Geoscience with the desire to achieve results and contribute to the bottom line.

He was BG’s first Exploration Manager in Brazil, managing the acquisition of the Santos portfolio in 2000. He has also worked in Calgary, Canada and held a number of senior roles in BG’s headquarters in Reading, UK, where he gained experience in building, monetising and divesting exploration positions.

Jon is married with two sons. In his spare time, he enjoys hiking and sports. He plays league hockey and cricket and has an ECB Level II coaching qualification.