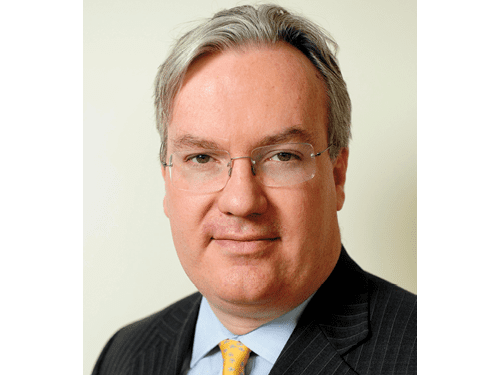 Julian is the Global Head of the Natural Resources team at Bank of America Merrill Lynch and is responsible for development of the firm’s business in the Energy, Mining, Power and Renewables sector globally.

Julian joined Bank of America Merrill Lynch in September 2010, after 19 years at Citigroup.

Recent deals that Julian has advised on at Bank of America Merrill Lynch include BHP’s sale of its US shale portfolio to BP for $10.5bn; Shell's recommended acquisition of BG Group for $63bn; the sale by the UK Government of the Green Investment Bank to Macquarie for £2.3bn; Engie’s disposal of its upstream business to Carlyle, CVC and a sovereign investor; the merger of TonenGeneral with JX Holdings in Japan; Shell's sale of certain North Sea assets to EIG and Chrysaor for up to $3.8bn; Tullow's sale of a stake in its Uganda assets to Total and CNOOC; ENI's sale of part of its Mozambique position to Exxon; the sale of Shell Australia downstream businesses to Vitol for $2.6bn; the acquisition by OVL of certain assets in Mozambique from Videocon and Anadarko for $5.1bn; and the sale of a 30 per cent stake in Galp Brazil to Sinopec for $4.8bn.

Other notable advisory work includes advice to SABIC on its $13bn acquisition of GE Plastics; advice to Shell on its corporate governance and structure review and subsequent merger of Shell Transport and Trading with Royal Dutch Shell and on a further $15bn of other public and private M&A for Shell (Enterprise Oil, Pennzoil, Equilon, Motiva); advice to Sibneft on its $36bn merger with Yukos and subsequent unwind/demerger of Sibneft again; advice to Gazprom on its $13bn acquisition of Sibneft ; and on its sale of 10.7% in Gazprom to the Russian government.

Extensive wider capital markets experience includes advice on the A$2.65m IPO of Viva Energy; $2.6bn selldown in ONGC by the Government of India; the $2.1bn selldown by Petronas of its 14.9% holding in Cairn India; the IPO of Inpex from JNOC in Japan; the demerger and IPO of Snam Rete Gas from ENI in Italy; the spin off of Enagas from Gas Natural in Spain; and the demerger of Centrica from British Gas.