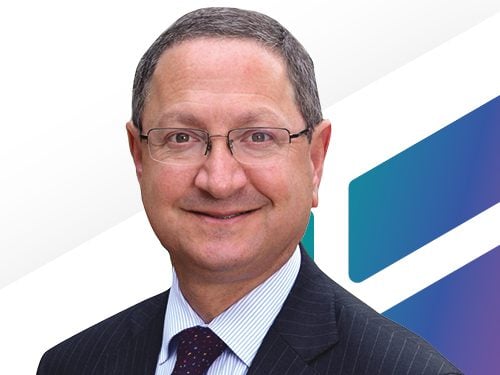 Hersh joined Morgan Stanley’s investment banking division in 1985, where he worked with an energy group. Richard Rainwater offered him a position as a manager for Natural Gas Partners, a newly formed private equity fund in 1988. Along with Rainwater and Gamble Baldwin, Hersh and David Albin co-founded the private equity fund Natural Gas Partners (NGP) in November 1988, as an energy fund focused on the oil and gas industries. By the early 1990s the firm had established a pattern of funding entrepreneurs and helping startup companies undergo mergers and acquisitions.

Hersh was appointed the chief investment officer at Rainwater Inc. in 1994. By March 2005, the NGP platform managed $1.6 billion in funds and had invested approximately $1.3 billion in around 70 private energy companies in North America. It had also structured and negotiated transactions totaling around $10 billion. Energy Transfer Partners proved to be one of Hersh's more notable investments, as the company netted NGP a nearly 3,000% return on investment over the course of five years.

Barclays Capital, an arm of Barclays Bank, purchased a 40% stake in NGP Energy Capital Management's stock in October 2006 in what the Financial Times reported was “believed to be among the largest ever [stake] taken in a private equity firm by an outside investor.” At the time, NGP managed about $3.5 billion.By 2012, NGP had $12.1 billion under management, with around 75% of NGP's business involved in the acquisition and exploitation of gas and oil properties. In December 2012, through Barclays Natural Resource Investments, the Carlyle Group acquired a $424 million stake in NGP Energy Capital. In 2012, Hersh was appointed a senior advisor to The Carlyle Group, and was given the role of assisting in the “execution of the firm’s natural resources investment strategies.”

Hersh served as NGP's CEO until 2015, at which point he took on the role of chairman instead. He also continued sitting on the NGP investment committees. NGP Energy Capital Management remains an energy affiliate of The Carlyle Group, and May 2016, Hersh was currently deputy chief investment officer for energy and natural resources and serves as senior advisor for its natural resources division. On May 31, 2016, the George W. Bush Foundation appointed Hersh as the new CEO and president of the George W. Bush Presidential Center. Among other responsibilities, the role made Hersh the manager of the Presidential Library and Museum on the Southern Methodist University campus in Dallas. Hersh was also appointed to the board of the George W. Bush Foundation.