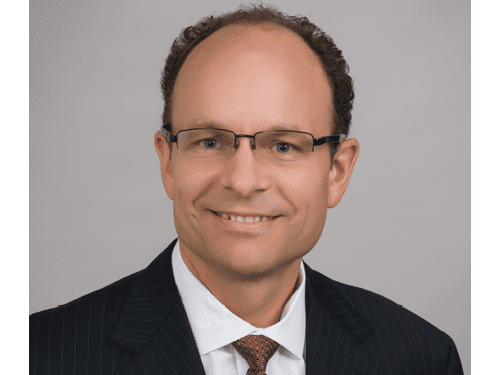 Loren Regier is the Africa New Opportunities Vice President for ExxonMobil. In this capacity he is responsible for exploration new business development for Sub-Sahara Africa.

Loren attended the University of Saskatchewan, where he obtained a Bachelor Degree in Geophysical Engineering in 1991. Shortly thereafter, he began his ExxonMobil career with Imperial Oil in Calgary working on exploration projects in western Canada.

In 1995 Loren transferred to ExxonMobil Exploration Company in Houston, where he was involved with Latin American projects in Brazil, Colombia, Trinidad and Venezuela. He was later reassigned to ExxonMobil Canada and Imperial Oil as a Supervisor, then Project Manager, for production projects in western Canada. He transferred back to Houston in 2006 as the Middle East Exploration Project Manager for Southeast Arabia managing projects in Bahrain, Oman, Qatar and the United Arab Emirates. In 2008 Loren became the Hydrocarbon Systems Division Manager in the Upstream Research Center. In May 2011 he was assigned as the Geoscience Operations Manager with ExxonMobil Development Company. There he was responsible for managing operations in the Company’s Southern Hemisphere – which included Africa (Angola, Nigeria), the Far East (Australia, Indonesia, Malaysia, Papua New Guinea) and the Middle East (Iraq, Qatar, United Arab Emirates). In Dec of 2013 Loren was assigned the Africa Commercial Manager for ExxonMobil Exploration Company located in Houston, Texas. In this capacity he is responsible for the commercial negotiations and transactions for the African operations and new opportunity pursuits and partners with the business line to grow our exploration opportunity space. In 2018 Loren became the Exploration Company Global Commercial Manager where he was responsible for all Exploration commercial negotiations and transactions along with all the economic cash flow analysis for Exploration. He was assigned to his current position in April 2019.

Loren and his wife Shannon have three children. He is actively involved in their activities and associated family life.