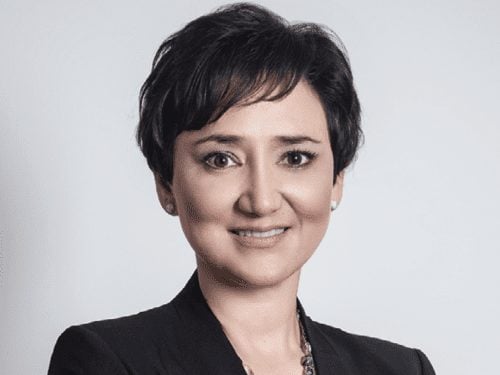 Marcela is a lawyer with a specialization in Commercial Law and an LLM master’s degree from Georgetown University (Washington D.C.). With over 13 years of experience in general and legal direction of companies belonging to the mining-energy sector, she has made part of work teams in companies as prestigious as EcoCarbon, Morgan Meguire (Washington DC), GHK Colombia and Hupecol.

She has participated as visiting and adjunct professor at renowned universities in the country, addressing issues related to the hydrocarbons as well as the legal sectors.

Under Marcela’s leadership, GeoPark´s Colombia team has accomplished significant achievements like the development of 10 discovered fields that contributed to a gross production increase in excess of 1,000%; an increase in 2P net reserves by 488% and consistent reductions in drilling and operation costs, thus consolidating asset profitability even under low price scenarios.

As General Director Marcela has consolidated and directed the work of over 180 professionals who have made of GeoPark a benchmark in the hydrocarbon’s industry by making part of the top 6 oil producers in Colombia and attaining high sustainable social, environmental and operational standards.