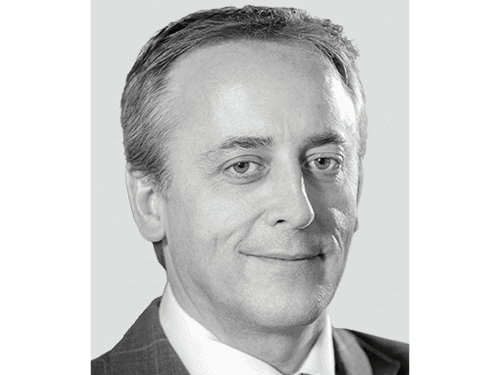 Mark Allen is a Petroleum Engineer with over 20 years’ subsurface experience in international exploration, development and production operations.

Prior to joining Assala Energy, Mark spent 11 years at Tullow Oil, where he managed the company’s African Development and Operations team. Under his guidance, Tullow’s Gabon portfolio of mature assets maintained a seven-year production plateau with 100% reserves replacement, thanks to the systematic identification, evaluation and execution of infill drilling and field redevelopment opportunities.

Mark served as Lead Petroleum Engineer for the majority of Tullow Oil’s African exploration campaigns between 2007 and 2014. He was a core member of the team delivering major discoveries in Ghana and Kenya, where he specialized in data acquisition operations, interpretation, and field development planning.

Mark began his career at Schlumberger as a Wireline Field Engineer in Europe and the Middle East, before joining Enterprise Oil and then Shell as a Senior Reservoir Engineer, where he managed a number of offshore and onshore assets in the U.K. North Sea and Russia.

Mark holds a Bachelor’s Degree in Mechanical Engineering from the University of Edinburgh; a Master’s in Petroleum Engineering from Heriot-Watt University; and a Master of Science in Management from Stanford University’s Graduate School of Business.