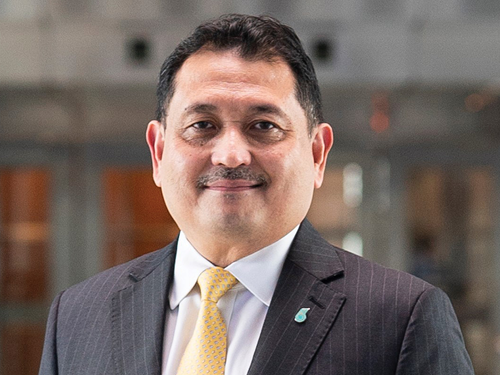 Mohamed Firouz Asnan is currently the Senior Vice President of Malaysia Petroleum Management, Upstream Business. He was appointed to this role in June 2019.

Firouz is a registered professional engineer and a member of Institution of Engineers, Malaysia. He graduated with a B.Sc in Civil Engineering from University of Southwestern Louisiana and a Master of Business Administration from Massachusetts Institute of Technology as a Sloan Fellow.

Firouz joined PETRONAS in 1989 as a facilities engineer in the Exploration & Production Division. Throughout the 32 years of his career in PETRONAS, he has progressed through a series of domestic and international assignments spanning both Upstream and Downstream businesses, including stints in the corporate centre.

As the Senior Vice President of Corporate Strategy from July 2017 to March 2019, he was instrumental in setting up the New Energy business of PETRONAS as part of the strategy to future-proof the organisation. Earlier, under his stewardship as the Vice President of Refining & Trading, Downstream Business from September 2015 to June 2017, the domestic refineries embarked on upgrading program to meet new fuels standards products whilst the trading business registered a sharp growth in profitability.

From 2005 to 2009, Firouz was the General Manager of Business Development Unit, Corporate Planning where he led several key M&A transactions which expanded the portfolio of PETRONAS. Later, he was posted to lead the upstream business in Vietnam with concurrent role as Chairman of PETRONAS Vietnam from 2009 to 2013. This was followed by his appointment as Chairman of PETRONAS Sabah & Labuan in 2013 to drive the implementation of the world-class Sabah-Sarawak Integrated Oil & Gas Project.