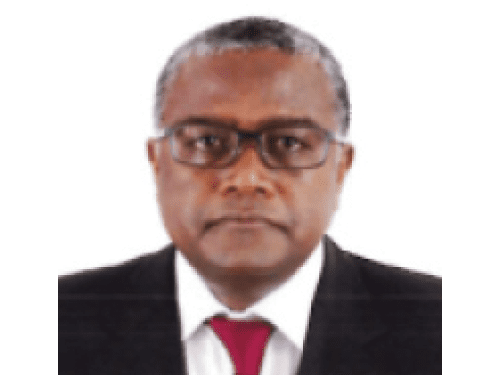 Mr Omar Mitha (50) is a Mozambican national and holds a degree in Economics (1992) and post-graduate course in management. At an early age, he started his career as a teacher at the Commercial Institute (Accounting School) in 1987. In 1990, prior to completing his studies, he joined The Local Industry Institute (IDIL, Ministry of Industry and Trade) as a junior economist dealing with feasibility studies to assist SME´s tap  a pool of funds at the one-time state owned bank (Banco Comercial de Moçambique). In 1993, Mr Mitha joined a consulting firm, Proinvest, which also encompassed a portfolio of businesses, like, an Exchange House, Consulting, and Agro-Industry. Me Mitha was promoted to the positon of General Manager in 1995.

In 1997, Mr Mitha was part of the Ernst & Young team as a Consultant and was in charge of preparing valuation studies for the purpose of privatization at a time when the state was downsizing its stakes across several sectors.

After Ernst & Young, his career went into the investment bank, with the opening of the first Merchant Bank, BIM-Investimento, and was in charge of Mergers and Acquisitions, Project Finance and IPO´s, including risk analysis for big-ticket transactions (Deputy Manager). This involved Valuation, and financial modeling, including the entire process from the Data Room to financial closure.

In 2000 Mr Mitha was a consultant to the World Bank, within the Enterprise Development Project, on behalf of International Development Ireland (IDI), as the Competitiveness Office Manager with focus on SME´s in the industrial sector is intended to enhance the company´s capabilities country-wide.

In 2006 Mr Mitha joined the World Bank, as an investment officer for the IFC office in Mozambique.

From 2008 and 2014, Mr Mitha was Millennium Bim´s Chief Economist and Investment Banking Manager (Research, M&A, Project Finance, Credit). The bank consolidated its position as number one in Mozambique both by asset value and market share.