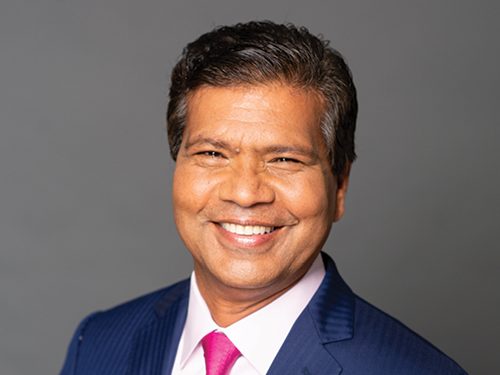 Prior to joining Siguler Guff in 2015, Mr. Panigrahi was the Founder and Chief Executive Officer of NRG Worldwide LLC, a merchant banking firm that invested in and advised companies in the global energy and natural resources sectors. From 2012 through 2014, Mr. Panigrahi consulted with MHR Fund Management LLC, a firm that manages over $5 billion focused on distressed and special situations investments in middle market companies. He also advised several energy companies on their operational, strategic and financial development, including M&A transactions. Between 2005 and 2012, Mr. Panigrahi was a Principal at MHR Fund where he was responsible for investing in the energy, natural resources, oilfield services and maritime infrastructure sectors. During his tenure at MHR Fund, Mr. Panigrahi sourced, developed and monitored large energy investments.

Between 1996 and 2004, Mr. Panigrahi provided equity research coverage of the oilfield services sector and supervised analysts based in the U.S. and Europe as a Senior Vice President and Director of Energy Research at Dresdner Kleinwort, and previously as a Vice President and Senior Analyst of Energy Research at Credit Suisse. While at Dresdner Kleinwort and Credit Suisse, he helped raise capital for some of the largest state-owned energy companies in Latin America and advised on sizable M&A and recapitalization transactions involving energy, natural resources and infrastructure companies. Mr. Panigrahi’s energy research teams were ranked in several institutional investor polls.

Previously, Mr. Panigrahi worked as an investment banker at Bankers Trust (Deutsche Bank) in New York and Hong Kong, where he was involved in corporate finance advisory, cross border M&A and capital markets transactions totaling more than $2.8 billion. Earlier in his career, Mr. Panigrahi was a Lead Engineer and Project Manager at McDermott International, Inc. in Houston, where he was responsible for energy infrastructure projects totaling more than $500 million in value.

Mr. Panigrahi holds a B. Tech with honors from the Indian Institute of Technology, an M.Eng from Texas A&M University, an M.B.A. in International Business from Katholieke Universiteit Leuven (Belgium) and an M.B.A. in finance from the University of Chicago Booth School of Business.

He is also joining the North America Assembly as an expert speaker, speaking on the panel Thriving in a Low Carbon Era: Oil & Gas Companies of the Future (11:15am, 14 October 2021)