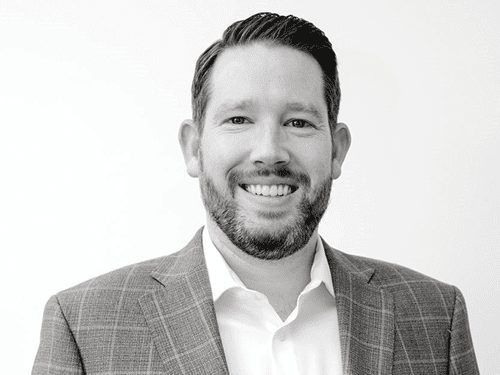 Rob joined AEGIS in 2016 and leads the business development efforts in the natural resources sector for the Rockies, Mid-Continent, Northeastern, and West Coast U.S. regions as well as Canada. Throughout his time with AEGIS, he has played a pivotal role in expanding the client base to over 200 entities. He has also been featured on various industry-related podcasts. Prior to joining AEGIS, Rob spent six years as Director — Rocky Mountains for PLS, working in the A&D group while also building PLS' Denver footprint and managing relationships throughout the Rockies, West Coast, and Canada.

During that time, the A&D group executed and sold nearly $1B in oil and gas assets. Previously, Rob worked in the business development group at LandWorks, Inc. Rob holds a Bachelor of Business Administration in International Business from the University of Texas — Arlington. He is a member of the Independent Petroleum Association of America (IPAA), Acquisitions, Divestitures and Mergers Energy Forum (ADAM), Denver Petroleum Club, Denver Energy Finance Discussion Group, and Rocky Mountain Info Exchange (RMIE).

Outside of the office, Rob enjoys playing guitar, golfing, snowboarding, cooking, and spending time with his wife and two daughters.

In 2021, Rob is speaking at the Northam Royalties Assembly on the panel The Role of Debt in the Minerals Space (13 October, 3:30pm)