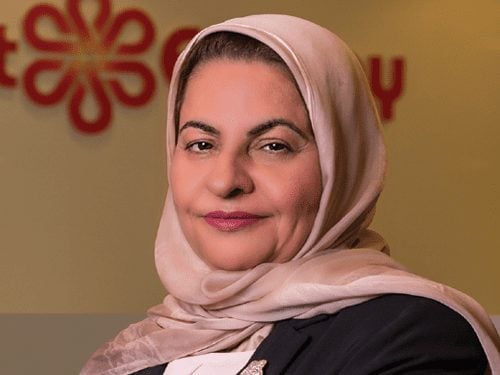 Chief Executive Officer and Member of the Board, Kuwait Energy

In 2005, Sara’s entrepreneurial interests drove her to be a co-founder in establishing Kuwait Energy, one of the few successful independent Oil and Gas Exploration & Production companies in the Middle East today.

In 2017, Sara Akbar was officially elected as a member of the Supreme Council in the Ministry of Planning and Development in Kuwait led by the Prime Minister Sehikh Jaber Mubarak Al-Hamad Al-Sabah, which further contributes to her prominence not only in the oil & gas industry, but also as a politically/socially active and conscientious citizen.

Sara was recently named among the top 100 Most Powerful Arab Businesswomen of 2017 by Forbes Middle East.

Sara holds a BSc in Chemical Engineering from Kuwait University.