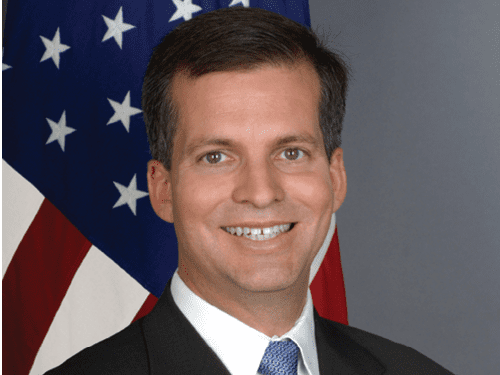 Taylor Ruggles is the U.S. Department of State’s Regional Energy Counselor for Africa, based in Kigali, Rwanda.  He leads the State Department’s engagement with the countries of sub-Saharan Africa on energy policy and reform, and helps lead the Power Africa initiative.  Prior to assuming this position, he was a Deputy Executive Secretary at the White House National Security Council.

From 2011 to 2014 he was Consul General at the U.S. Consulate General in Durban, South Africa.  He previously served in the White House National Security Staff as a Senior Advisor for Middle East Affairs working on the Maghreb and, prior to that, he was Vice President Biden’s Special Advisor for Europe and Eurasia.  Taylor has served twice in the State Department’s Executive Secretariat Staff, most recently as Deputy Director, and also served as a Senior Watch Officer in the Operations Center.  Other Washington assignments include Assistance Coordinator for Russia and Turkey desk officer.  His other overseas assignments include Embassies Oslo, Norway, and Tegucigalpa, Honduras.

Taylor is a 2010 graduate of the National War College where he received an MA in National Security Studies, a 1996 graduate of George Mason University School of Law, and a 1989 honors graduate of Kenyon College in Gambier, Ohio.  He speaks Spanish, French, and Norwegian fluently, and has a basic knowledge of Russian.