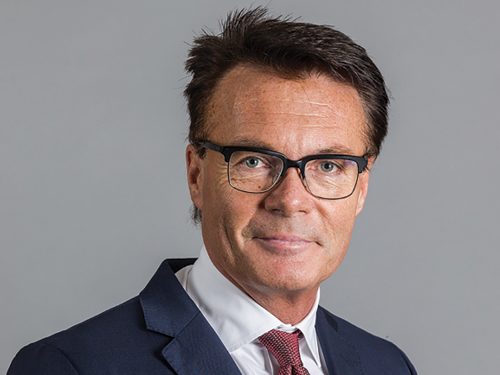 Thore E. Kristiansen was born in Stavanger, Norway, on 4 July 1961. He has been an executive member of Galp’s Board of Directors and member of the Executive Committee since October 2014, previously responsible for Galp’s Upstream business and now of Production & Operations, which combines Galp’s Upstream and Midstream assets into one business unit.

He was Senior Vice-Chairman for South America at Statoil for Development & Production in S. America and was the CEO of Statoil Brazil from January 2013 until he joined Galp. He has been with Statoil for more than 25 years, with responsibility for the distribution of oil products, trading and business negotiation in Norway, the UK, Denmark and Germany, as well as in the areas of exploration and production, with a special focus on Norway, Sub-Saharan Africa and South America, and also corporate functions, particularly in finance, Vice President and Head of Corporate M&A and Investor Relations (Head of US Investor Relations). He was also the CEO of Statoil Germany and Statoil Venezuela.

Thore E. Kristiansen holds a degree in Management from the Norwegian School of Management and a Master’s Science degree in Petroleum Engineering from the University of Stavanger, Norway.

Thore will be speaking at the World Energy Capital Assembly, taking place 29 – 30 November in London. >> Find out more.