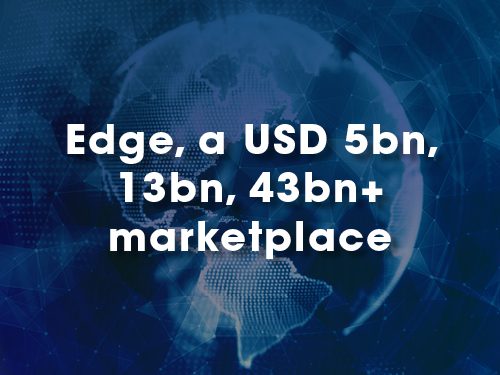 Edge computing is more than just the decentralization of data and where it is processed. It represents a change of the paradigm around how the world would work with faster communication flows between devices, infrastructure and people. For those that are less familiar with “Edge”, simply imagine 50-70% of the data generated in your environment (cell phone, Zoom calls, Hulu subscription, online games…), currently processed in a peripheral location outside your city, travelling at pace and returning to respond to your inputs. Now imagine that same amount of data and the interaction between your device and a nearby responsive touch point. What changes? The speed of this travelling both ways, and the response time – what we call “latency” is therefore decreasing. Now, why is this interesting for the energy sector?

Edge computing should be in energy companies’ radar for two reasons; on the one hand, the impact its implementation would have on their own inter-facility data processing, namely devices talking to each other to deliver real-time data and analytics, as well as identifying  key security and maintenance problems. There are good examples of O&G extraction complexes, and off-grid renewable power stations that are doing exciting things by implementing closed-systems of interactional devices, putting themselves ahead of the game. Some of the companies that are doing  leading the way are: XTO (Exxon Mobile), Chevron and Shell. On the other side of the coin, there are some powerful reasons for energy suppliers to keep an eye on this projected USD multi-billion ecosystem for the purpose of selling around, but not only, to IT infrastructure builders. This year’s State of The Edge report (2020), forecasts a USD 700bn  in cumulative CAPEX within 10 years.

If the Dc industry already presented a good business case, ticking the boxes of: Need, Opportunity and Profitability at variable levels of risk as per taste, the Edge-Dc expansion is exponentially better. An explosion of new data-buildings is in the making, with Tier 1 and Tier 2 cities at the heart of it. Though the deployment of Edge-Dcs is just one of the optional business models, expert Dc-players run with a competitive advantage of offering at scale and having a good track-record. The important aspect here is the increasing demand for power in multiple cities by many companies, and at the same time!, thus speaking to Dc-developers with portfolios that are receiving funding would be a great opportunity for suppliers with footprint in an entire region, i.e. Europe. 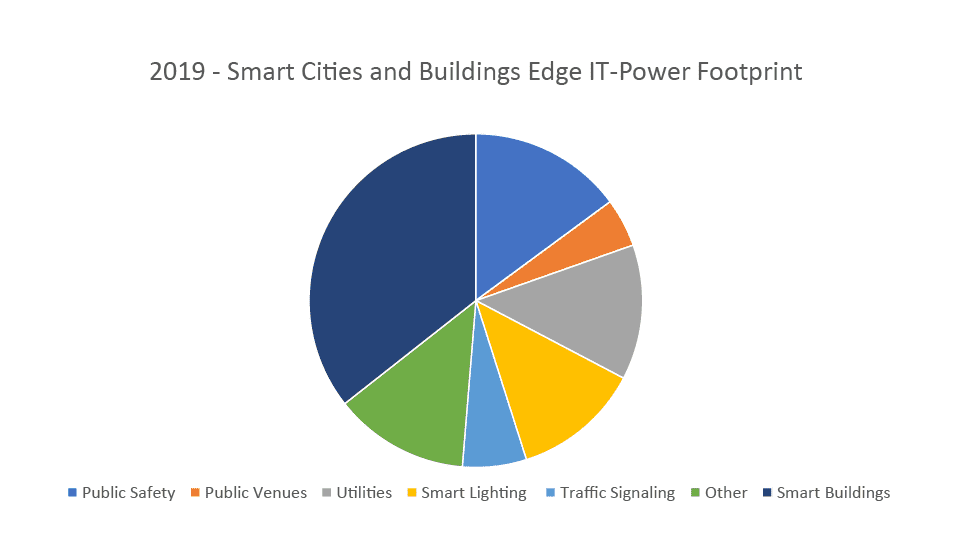 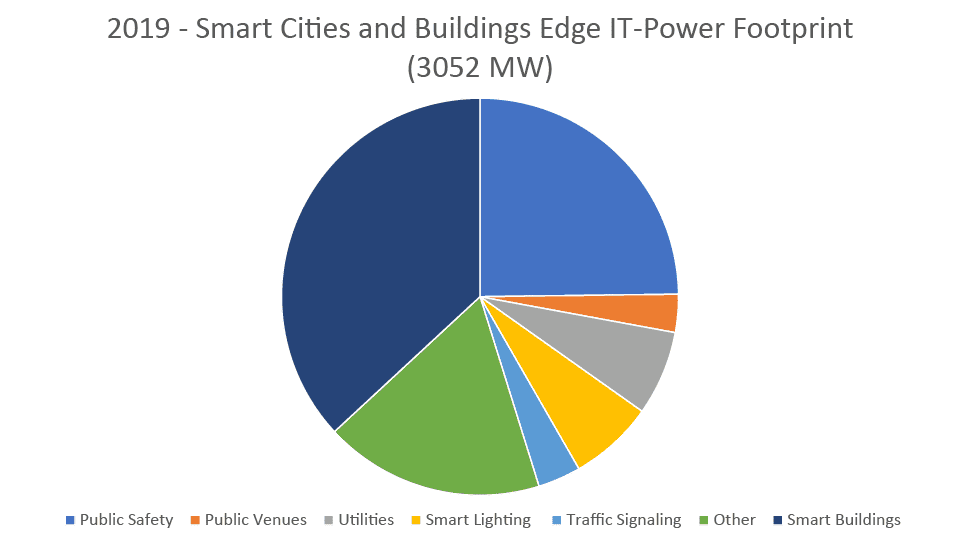 It is not just about the big guys. Google, AWS, Microsoft have all made announcements through the past year, and their offering is clear for software giants looking to transfer their clients’ needs. However, the magic is around new infrastructure players, entrepreneurial fully funded micro-Dc builders that are thinking outside the box. The required smart infrastructure, mobility innovation, and giving life to devices needs that the environment in which they operate is operationally “alive” (able to communicate) and micro-Dcs can help with that. Without entering into industry debates about “what type of edge” is best, the reality is that the scalability of micro-Dcs makes them infrastructure portfolios to monitor as a whole.

Often, the most interesting outcomes around a new technology or paradigm are not just the immediate applications of it, but the greater economic opportunities around them. A clear example is connected mobility for which edge computing is now seeing as the only alternative to deliver city automated mobility that is able to react quickly in a sometimes unpredictable environment. The fleet of connected electric cars is already a priority in the infrastructural planning for companies such as ABB, which have been targeting EV charging points (public charges) for years, anywhere from Germany to Brazil. The global EV fleet is multiplying by three every 3 years. 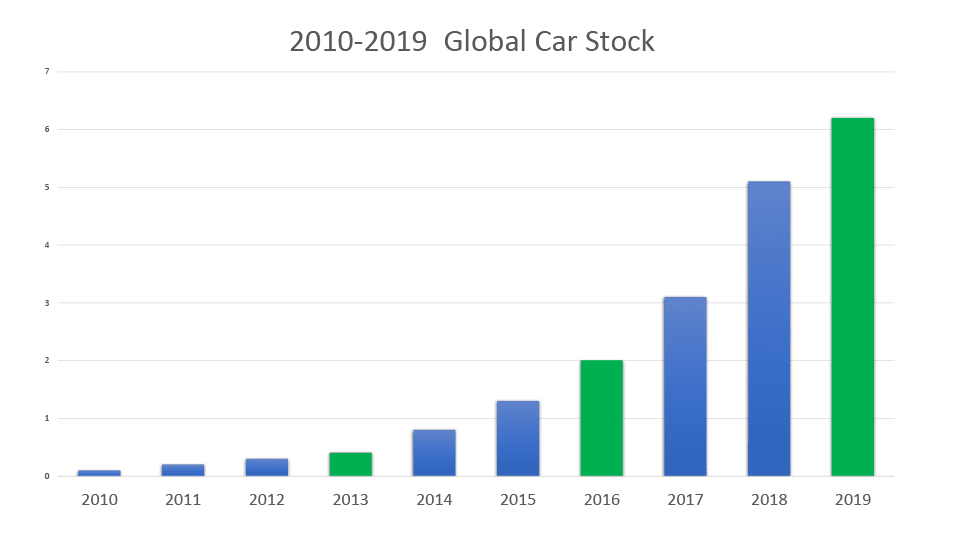 A cleaner internet through energy efficiency

Last, and certainly not least, environmental policy is being very specific about the requirements and responsibilities on data centre-emissions, with the EEA and the EU Commission wanting the industry to become climate neutral by 2030, as example. Users of colocation services, such as OTTs, are paying careful attention to whether their facilities providers are “green” enough. This is obviously a good opportunity for clean energy suppliers to compete at lower pricing, efficiency systems and reliability in front of the kings of the Dc industry. 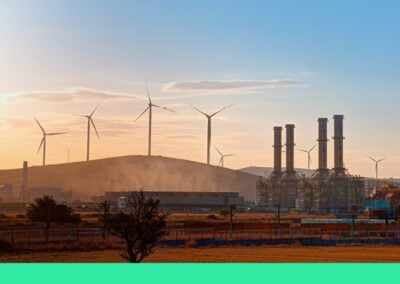 Using gas as a bridge to transition is not a new concept but if the goal is to lower emissions whilst still providing affordable and reliable energy for all, one could argue that natural gas could, and should, be the bridge that can enable transition – cutting emissions in the short to medium term and solving the intermittency issue of renewables until the clean energy markets are more established. END_OF_DOCUMENT_TOKEN_TO_BE_REPLACED 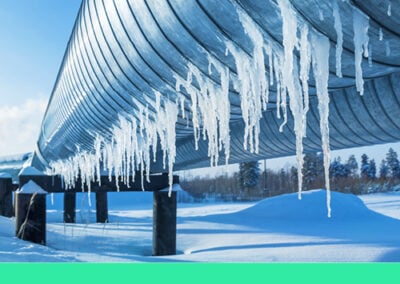 The matrix of threats emerging from Russia’s invasion of Ukraine make it difficult to keep abreast of developments, whether these be the increase of global oil and gas prices, or the effect of sanctions, or which states could assist Russia in avoiding the impacts of sanctions, or how wheat prices will begin to soar. As most of us watch from the sidelines, trying to navigate how the markets will respond to these threats and how, in turn, that may affect our daily lives – we can be overwhelmed by the tsunami of information analyzing and predicting outcomes. END_OF_DOCUMENT_TOKEN_TO_BE_REPLACED 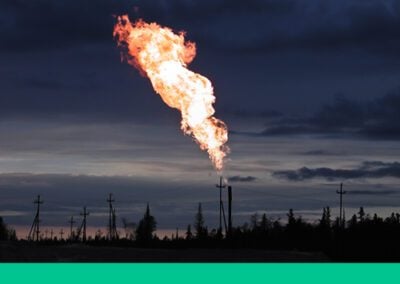 The Global Methane Pledge seeks to acknowledge the agreements that have preceded it and to build greater action upon those collaborations. Led by the US and the EU, together with 17 major economies, the Pledge was launched at COP26 to “catalyze global action and strengthen support for existing international methane emission reduction initiatives to advance technical and policy work that will serve to underpin Participants’ domestic actions.” END_OF_DOCUMENT_TOKEN_TO_BE_REPLACED 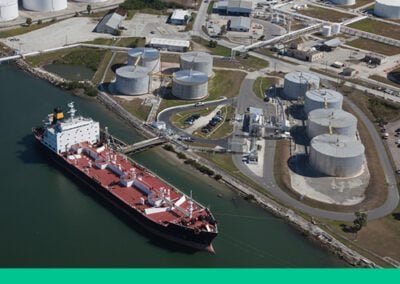 The global energy crunch has reintroduced vigour into the oil and gas markets, especially in Asia Pacific where the soaring demand for LNG as a replacement for oil and coal has led to a high-cost environment that doesn’t appear to be slowing. END_OF_DOCUMENT_TOKEN_TO_BE_REPLACED