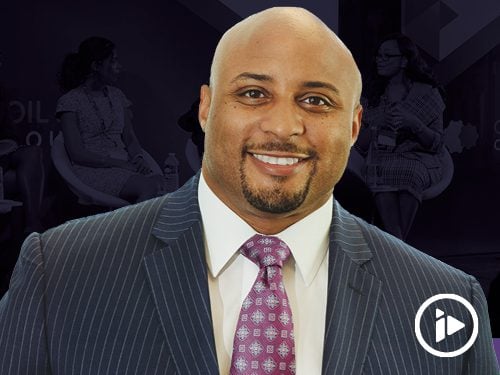 The Women’s Energy Council Podcast recently hit an exciting milestone – we had our first male guest, Oyango Snell, join the show to talk about his approach to diversity and inclusion, and how he works to combat gender inequality in his own workplace. This stems from our recognition that gender inequality, and for that matter any kind of inequality prevalent in our society, is at its core an imbalance of power. In this case, that power imbalance is between men and women, with men holding more positions of influence than their female counterparts.

In order to upset this imbalance, those with the majority share of influence must use it to change the power dynamic from which they benefit. In other words, if we are to truly see a change, men in the energy industry must come to the table and support efforts at gender equality. Therefore, if WEC is to achieve its mission of building a global network of experienced industry leaders dedicated to improving diversity and inclusion in the energy sector, we must include in the conversation those with the majority share of power.

But where to begin? How do male leaders contribute to transformation in the industry without first-hand experience of the problem? The catch-all term that has recently entered common parlance is that of allyship. Merriam-Webster defines allyship as “supportive association with another person or group; specifically, such association with the members of a marginalized or mistreated group to which one does not belong.”[1] Allies are those who have recognized an existing power imbalance, acknowledged their own position of power in the dynamic, and are dedicated to using this power to upset the imbalance.

In our interview with Oyango we asked him what he thinks men in the industry can do to be better allies to their female colleagues. His response was compelling; an easy and efficient strategy for any ally to follow in situations of injustice – Listen, Learn, Take Action.

Listen – this is the important first step in Oyango’s strategy, as he pointed out that men can empathise, but can never really understand what women in the industry experience. He explains that this is key for men to accept. It is difficult to understand a problem without ever having experienced its effects. Therefore, if male leaders are to respond effectively to the issues women experience in the workplace, they must be willing to listen.

Learn – the second component in Oyango’s strategy takes the perspectives heard in the first and encourages men to learn from them. Once male leaders have heard the experiences of their female colleagues and employees, they are able to learn where the problems lie and thereby formulate informed solutions to these problems.

Take Action – the third and final component combines the previous two, taking the perspectives heard and the lessons learnt, and converting these into practical action. Once a problem is identified and raised, as a male leader one then has the responsibility to put in place targeted actions, formulated to solve the issue at hand directly. In this way male executives can utilize their influence, supported by their own extensive experience as industry leaders, to find tailored solutions that empower their female counterparts.

After outlining this 3-step strategy, Oyango provided a clear example from his own experience, putting the Listen, Learn, Take Action plan to use. As the first in-house General Counsel for the Western States Petroleum Association, Oyango was able to construct his own team, with a young woman proving herself the best fit for his Associate Counsel. However, in taking her on Oyango was to learn an important leadership lesson following his own advice.

Oyango sets the scene by describing a project meeting, in which he and his Associate were consulting with another executive team. During this meeting, the executives from the outside company directed all of their questions to Oyango, despite the fact that his Associate was leading the project. During their follow-up internal project evaluation, she raised this point with Oyango, and asked that in future when someone asked him a question on a project she was leading, he would rather defer to her. She explained that even if she wasn’t fully prepared to answer, she would prefer to have that learning experience and own the project entirely.

This was a moment of reflection for Oyango, as he describes his process of listening to the feedback from his Associate, learning of her perspective which he had been unaware of until that point, and his decision to then take action as a result. He explains how he thanked his colleague for raising the issue with him, and assured her he would recognize and correct such a situation if it were to happen again.

This story is a perfect example of the micro-aggressions minority groups still face in the workplace today. Women may be able to vote, to earn their own money, and to have their own bank account, however gender-based injustice remains in more discrete ways. It is therefore vital that leaders create an environment in which employees feel able to speak up in the event of mistreatment. They must feel comfortable in the knowledge that they will be heard, their experiences respected, and actions taken to prevent the problem from reoccurring.

Oyango’s Listen, Learn, Take Action approach is a great strategy for male leaders looking to create this kind of environment in their own workplaces. It is an easy, step by step guide for leaders in their transformation efforts. We hope that this will be a useful strategy for the male allies in our network. The Women’s Energy Council aims to share practical tools to improve diversity and inclusion efforts, so please reach out with your own success stories putting the Listen, Learn, Take Action strategy to use!