The launch of the Energy Council 12 months ago raised a few eyebrows. “Why would you alienate your key audience?”, commented one member who supported us from the earliest days.

My first interaction with a power developer was quite cold. I felt the need to justify having E&Ps in the room, upstream as part of the agenda and the presence of the word “Oil” in some of our logos. I heard what I feared the most “We have nothing in common with oil companies”. I sensed hostility and a fundamental belief that this is “Us against Them”. It didn’t feel like a war but it certainly hinted at a domestic dispute.

Fortunately for me, I don’t invent the industry trends and have a great reason to back up my obsession with being a “bridge between oil and gas and renewables”.

INVESTING IN RENEWABLES IN MEXICO

As the world’s largest oil and gas investment network, this is precisely where the idea and vision for the Energy Council came from. In Mexico, it was picked up and fuelled by the majors, the government bodies and big diversified players. I cannot remember the last time I’ve seen an “Oil” job title. BP, Shell, Total and Statoil have been on the forefront of the development of renewables, making small but regular investments forecasted at a minimum of around a fifth of overall capital allocation by 2030 (globally). Mexico’s state-owned development banks are financing 964 MW of wind and solar capacity hoping to make the market more attractive for international financiers. And they are either on their way or already there. Santander and two Canadian pension funds launched a $2 billion Cubico two years ago; and more recently Bancomext, Banobras, Nafin and the North American Development Bank funded Zuma Energia. Overall, $4 billion was secured at the September tender, with 1.1 GW of combined capacity. Not a bad start for a country whose Energy Reform is only 5 years old!

The question is no longer “What can make the most money in the next 6 months?” though of course, it is still a crucial driver. The questions become more complex, – focusing on sustainability, efficiency, community responsibility, government obligations, long-term benefits, adaptability. The world of drilling more and longer is over. More small-to-mid caps are taking advantage of it than we think. Small scale, under the radar, but it is happening for the vast majority. I believe most of the “wariness” stems from simple misunderstanding. Oil and gas and renewables are not judged by the same parameters and speak slightly different languages. But we all have to learn these languages in order to build a future together. As oil and gas become cheaper sources for transport and heating fuels around the world, the shift undermines the development of more environmentally friendly energy sources that could replace fossil fuels. Interdependence is hard to ignore.

A BIGGER AND BRIGHTER ENERGY WORLD

The bottom line is: this is not a war. It is not a matter of “or…or”. More than this, we are all after the same outcome – growth, development, success and a better future for our children. The bigger the invisible wall between these industries, the fewer winners there will be. So, today, as part of our global strategy to bridge oil and gas and renewables, we invite the industry to see a bigger and more diverse energy world with challenges and opportunities across multiple subsectors. And we invite all to cross out the “or” between the two.

The Mexico Assembly is the most senior and international energy executive platform in Mexico. Every year in Mexico City, over 400 Heads of Mexico, CEOs, CFOs, BD VPs and investors gather for 2 full days of behind-closed-doors networking and honest informal discussions. With representatives from 16 countries and an audience made up of over 65% VP level and above, government officials and investors – this is the unmissable Who’s Who platform in Mexico.

The theme for 2018 was “Bridging O&G and Renewables”. With over 70 confirmed speakers who joined us, we discussed game-changing revelations and off-record news about partnerships, capital raising, project developments (for Round 1 and 2 winners), infrastructure news and renewables ambitions.

Find out More About Mexico 2018 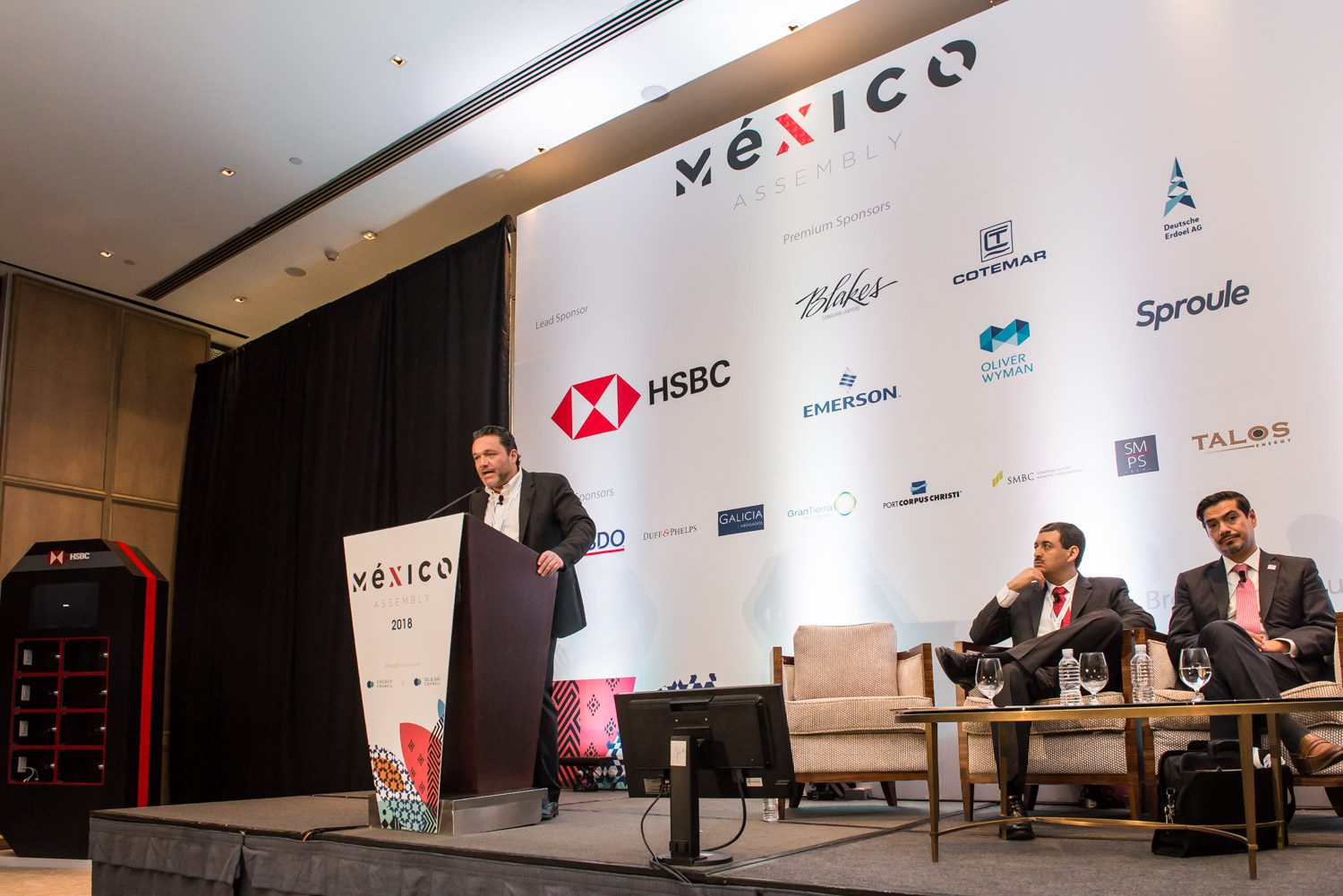