We can all think of corporate acquisitions that have gone wrong, and the reasons for failure are many. In the oil and gas world, acquisition of assets rather than companies are commonplace, especially in times of rising oil prices.

Companies selling assets will often hire specialist advisors to market their assets, prepare Information Memoranda (IM) and host datarooms. Their mission is clear: to market the assets to the widest audience of suitable potential buyers and fetch the highest price for the seller.

On the buy side, things are more difficult. There is always considerable uncertainty in the resource volumes and value of an E&P asset. The “winner’s curse” risk is that the highest bidder is the one that is most optimistic, or more often, has failed to identify critical risks and hence overpays for an asset. Failed acquisitions often occur due to failures in the Due Diligence process to properly assess the downside risks inherent in an asset.

Some companies will assemble their due diligence teams from their experienced staff members. Often, those staff are already overstretched with their day-to-day responsibilities, and companies will hire external teams of legal, tax, finance and technical experts to perform the Due Diligence. Over the years, Rockflow Resources have provided expert multi-disciplinary teams to perform technical due diligence on a large number of assets throughout the world. More often than not, our work unearths problems that are not evident in the vendor’s sales case, or even the in dataroom, often resulting in a decision not to make a bid on an asset.

The need to perform Due Diligence is self-evident. The more interesting question in cases of failed acquisitions is “why didn’t they see the problem in Due Diligence?”

Rockflow have been called in after failed acquisitions to investigate under-performance, and in some cases, provide expert witness evidence when disappointed buyers have sought to recover their losses through legal claims. The feedback mechanism from such post-mortem analyses has significantly informed our expertise in performing better due diligence from the outset.

Andy is Managing Director of Rockflow Resources Ltd and acts as a project manager of multi-disciplinary teams performing a wide range of E&P technical, commercial and strategic projects providing advice to oil companies, investors and government agencies. Andy has a broad technical experience in asset evaluation and management and in petroleum economics. Andy has 29 years industry experience as a geologist with Shell and Arco, followed by various consulting roles in economics and business consulting. Recent assignments have included managing operated and non-operated asset portfolios for start-up companies; performing due diligence for asset and company valuations, specialist advisory services for contract negotiations, and Expert witness in commercial disputes. 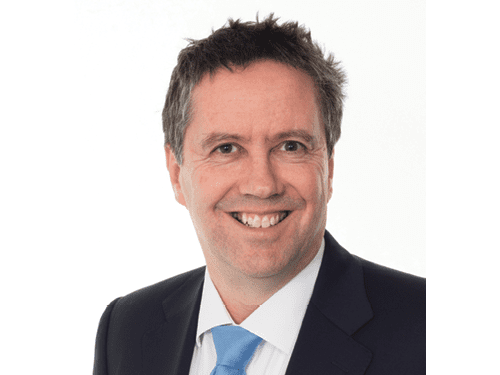 Andy Spriggs will presenting on The Technology Circle at this year's World Energy Capital Assembly (WECA) in London, 3-4 December.