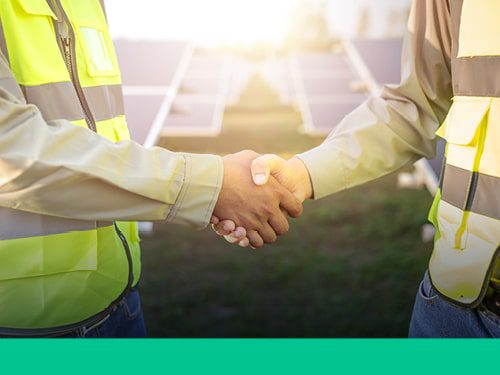 Due to the politicised nature of the Energy sector in Mexico, strong policies and foundations for successful monetization has fallen by the way side. A degree of politicisation is expected in national oil companies, and when looking around the globe this is often the case. However, in the instance of Mexico, politicisation is the defining feature.

Goals of the new administration

Mexico’s President Andres Manuel Lopez Obrador (AMLO), has made his beliefs and intentions for Mexico’s Energy Sector well known. AMLO has previously stated that foreign energy investors are ‘looting’ the nation. AMLO has gone so far as to say that the previous administrations historic legalised amendments which opened up the energy sector to large scale investment are akin to ‘pillaging’. The current administration has highlighted energy self-sufficiency and Mexican Energy sovereignty as key pillars of energy sector reform. President AMLO has supported a PEMEX initiative to build a refinery valued in excess of 6 billion dollars and doubled down on commitments to fossil fuels in a time when the global economy is transitioning toward more sustainable, green energy sources.

The above expansion is in spite of PEMEX failing to meet production targets, declining reserves as well as the loss of its investment grade. Furthermore, Mexico’s state owned electricity company CFE is expected to be given priority to the national grid, with the auction system that had previously been in place to allow users with access to cheap renewable energy to be removed. The Mexican government is additionally focused on short term projects with faster returns on investment

What does this mean for Mexico’s Energy Sector?

It is clear that the new legislation is geared toward supporting more expensive state owned fossil-fuel plants that have greater carbon emissions. Additionally, the changes to the state owned electricity company mean that there will be higher final electricity rates which will be paid by consumers or alternatively government subsidies. However, these subsidies will not extend to the industrial arena where the cost impact will certainly be felt.

Ironically, some analysts believe that the current Mexican government’s agenda could in fact move Mexico away from energy independence and result in them being more reliant on foreign imports of fossil fuels. Further complications to Mexico’s energy sector is that the international community is calling for a carbon neutral environment which impacts on investor appetite for long term offshore investment. With the government’s prioritisation of hydrocarbons over renewable projects in Mexico, foreign direct investment is likely to be halted under AMLO’s regime, as investors await a steadier political landscape. The focus on short term projects with faster returns on investment adds another layer of complication. Even if it is accepted that there will be a focus on state funded offshore projects, many analysts believe that the consequence will likely be a decrease oil production due to the lack of technical expertise of behalf of PEMEX.

It is widely accepted that PEMEX lack the capital and capacity without support from the private sector to carry out deep water projects, highlighted by the number of successful JVs PEMEX have with several international players such as BHP and Wintershall. Many argue that PEMEX have not stayed up to date with the latest technological advancements of the oil and gas industry resulting in reduced potential to secure return on investment. In addition to this, deep water projects very seldom have short term returns and require long term commitment to generate profit which is at odds with the short term priorities of the Mexican government.

In order to return investor confidence, be it offshore or onshore, to the Mexican energy market there needs to be consistency in energy policy. Additionally, if the administration can commit to focusing on long term projects instead of treating Mexico’s energy sector like a cash cow from administration to administration, the Mexican economy will see greater profit yields and investment. There is nothing wrong with regulation when it comes to Mexico’s energy sector but the extent of the current politicisation promises an unprofitable and inefficient energy market.  As such, by collaborating with the private sector the Mexican government can secure the financial resources it needs. In other countries across Latin America, SOE’s such as Petrobras, Ecopetrol and YPF manage to create balances between the public and private sector and if Mexico can follow suit it would see great benefit to its energy market. Today the Mexican energy sector requires a combination of public and private sector investment in order to successfully monetize it. There is an overwhelming focus on the short term return on investment and policy should be reworked to align with longer term results. Additionally, Mexico should keep a focus on green energy for the future as it would encourage energy investment to move from the north to the south.