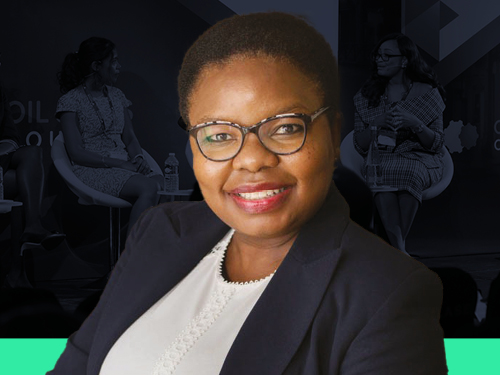 That historic movement is commemorated in South Africa today as National Women’s Day. The day women from all walks of life – all ages, races, cultures, and languages – gathered together to protest an amendment to existing pass laws. This amendment would have required black women to carry a reference book alongside their male counterparts, detailing identity information, place of employment, place of legal residence, tax payments, and right (or lack thereof) to be present in urban areas.

iMbokodo E&P is a South African entity building upstream partnerships with IOCs in Sub-Saharan Africa. Having recently secured 2 million USD in foundational funding from Meridian Capital, with a further 50 million USD to come through phased funding blocs, iMbokodo is well-placed to partner with oil majors, providing both equity and deep, local insight.

The chant sung in the 1956 Women’s March is but one example of the significance of the word ‘iMbokodo’ in the South African context. Besides the literal translation from isiZulu meaning ‘large rock’ (the source of hydrocarbons), the word has also come to symbolise female strength. It is only fitting then, that a new entrant to the South African oil and gas landscape, led by strong women, has taken on this symbol as its namesake.

Further to the strength of its capital base, iMbokodo is unique in the South African (and for that matter the global) oil and gas landscape, as it is both female-led and pointedly focused on investing in projects’ host communities. Women in this company make up two-thirds of the executive leadership, 42% of the Board of Directors, and 34% of company ownership. Furthermore, the company has set up the iMbokodo Community Trust, through which 10% of company shareholding in a project will be allocated to the local host community. This focus on historically-disadvantaged groups, both in leadership and in ownership, is particularly interesting in the context of an extractive industry in a previous colony.

At the helm of this distinctive ship is Ms. Zakithi Zama, General Manager of iMbokodo E&P. Zakithi is a single mother, raised in Kwamakutha township in Kwazulu Natal, who has spent much of her career in energy holding companies accountable for promises made to their host communities. Zakithi began her career in the industry as Executive Assistant to the CEO of Total Downstream in South Africa. Having proven her abilities in this position, she was offered the job of Corporate Social Investment Manager for Total South Africa, and it was here she began her work for cooperation between oil company and local community.

After leaving Total and a year spent in independent consulting, Zakithi began a challenging stint in her career, that of Community Affairs Manager for PetroSA. It was here that she experienced first-hand the proverbial red tape one must navigate when working in a state-owned enterprise. With the company experiencing roadblocks in licensing rounds as a result of failed compliance in community projects, Zakithi had the difficult task of kick-starting a project she had inherited, with little to no support from colleagues, and company-wide consequences if she were to fail.

However, she proved to be the perfect woman for the job, as she dedicated herself to building the first state-sponsored Integrated Energy Centre (IeC) in South Africa. The IeC is something of an energy epicentre for its host community in Mbizana, Eastern Cape, and had been included in the conditionalities associated with a previous licensing round won by PetroSA. The Centre houses an information centre, convenience store, car wash, training centre, energy shop, ablution facilities and a fuels forecourt, selling diesel, paraffin, LRP, URP and LPG gas. Not only does this Centre provide permanent employment for ten community members, it is also owned and operated by a registered cooperative made up of Mbizana community members, and saves residents the minimum 15kms previously travelled to nearby towns to purchase energy commodities. [1]

In a country such as South Africa, where significant portions of the population rely on off-grid energy solutions, infrastructure resources such as the IeC are invaluable in extending access to energy and directly benefitting South African households. Who better to run future projects such as this, than a woman who has successfully initiated such a project in the past and has proven her dedication to benefitting South African communities. In a conversation with the author, Zakithi insisted that the budgets are there in this country, but that we need willing people to deliver on promises and carry projects through to fruition. It is exactly this willingness that Zakithi brings to her role at iMbokodo.

It is no secret that African communities and their natural resources have historically been exploited and continue to be exploited by external forces. However, blockades in licensing rounds based on unfulfilled promises have proven that this trend cannot continue. iMbokodo believes that there is great untapped potential for international oil companies in local projects, however the exploitation of the past must come to an end. The company has positioned itself as a key actor in the local South African oil and gas industry, with a sound funding structure, local insight and relationships with key industry actors, as well as technical skill and know-how. But most importantly for the country itself, this company and its leaders are dedicated to serving the communities they operate in.

If there were ever an example of the E&P company of the future, iMbokodo could be ideal. In a new age of energy where ESG policies abound, there must be a recognition that the ‘S’ and ‘G’ are as important as the oft-emphasised ‘E’. Despite the environmental impact, there is no denying that oil and gas will continue to play an integral part in the energy landscape for many years to come. Particularly in South Africa, where much of energy demand is still met with intermittent supply from coal-fired plants, climate-consciousness must be balanced with the knowledge that basic energy needs are not currently being met. Companies involved in extractive activity must continue to operate for the foreseeable future, however they can be expected to transition to more equitable organisational structures, and held accountable in the event of compliance deviations.

If E&P projects can be launched in South Africa that are cognisant of the local energy landscape, provide a stable, locally-produced source of energy for the population, and focus intently on benefitting the communities in which they operate, this could provide the best next step in the country’s journey to equitable energy access and a just transition. Zakithi and her iMbokodo team have positioned themselves as the right people for the job, and we at the Women’s Energy Council look forward to seeing what they achieve over the next few years.