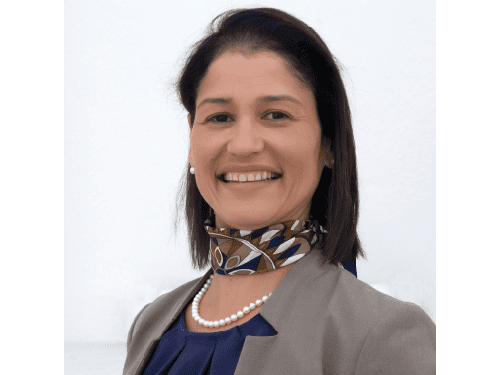 Ana Zambelli is graduated in mechanical engineering from the Federal University of Rio de Janeiro, she held a master's degree in Petroleum Engineering from Heriot Watt University in the UK, and she has a post-graduation in leadership, strategic, innovation, technology by MIT-Massachusetts Institute of Technology in the USA. Ana is certified by IBGC (Brazilian Institute of Corporative Governance) as a board member and she recently attended a Women Board Leadership Program at UCLA (University of California). By November, she will finish her post-graduation on Digital Business from Columbia University & MIT/ USA.
Ana Zambelli has over twenty years of experience in the international and national oil and gas market, and has resided in six countries during her career, including USA, France, Scotland, Angola and Denmark.

Ana had an expressive executive career. She started her carrier as field engineering in the French Company Schlumberger and after twelve years took over the presidency of the company in Brazil between 2007 and 2011. Ana was an executive at the Swiss-American Transocean, where she was President of South America Operations between 2012 and 2014, and then She was Vice President of Submarine Operations based in Houston, US between 2014 and 2015. During this period Ana was chosen for two executive years by Valor Economico (2011 and 2012) as one of the most influential executives in Brazil and served as a member of the Advisory Board of Alcoa Latin America between 2012 and 2014.

The next challenge of the executive was in the Danish group Maersk as Senior Vice President Commercial of Maersk Drilling between 2015 and 2017 in Copenhagen, when she decided to go back home, Rio de Janeiro, Brazil. In Brazil, Ana has been working as an independent board member:
first for VIx Logistics (Brazilian Family Owned Company), and since 2018 she joined the Board of Petrobras (Public Company on Oil & Gas sector), where she is also the Head of the People’s Committee, and a member of the auditing and investing committee. This year she joined Braskem (Public company on the Petrochemical industry) and she is the Head of the HR & Remuneration committee. She is also a member on the board of the Museum of Tomorrow in Rio de Janeiro (Technology, Science & Sustainable Development)

As a stronger support of diversity, Ana was the President of the organization “Lide Women Rio de Janeiro” that promotes the strengthening of the female leaders in corporation from August 2018-2019, and she was the founder and leads the Diversity Committee at the Brazilian Petroleum Institute (IBP) since 2018.