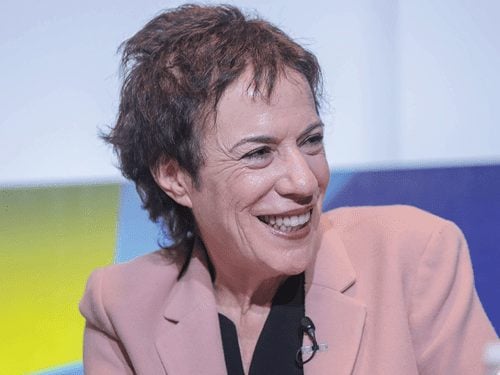 Doris Capurro is the founder, CEO and president of LUFT Energía S.A., an Argentine energy and investment company created at the beginning of 2016 (www.luftenergia.com).

LUFT has played a key role in bringing together the equity partners and the financing for the first operational wind farm (100 MW) coming out of the RenovAr process, located in the province of Buenos Aires.

LUFT is currently associated with the Argentinian leading electricity company, Pampa Energía, and with the international private equity fund, Castlelake L.P., based in United States.

Doris is former vice-president of YPF, Argentina’s largest energy company, where she led, during 2012-2015, corporate and public affairs, institutional strategy, labor relationships, marketing and communications. In this period, Doris was also in charge of the YPF Foundation, focused on education, social and environmental sustainability.

She was key in designing the positioning of the company and the strategy to approach international investors in the difficult context after the expropriation of Repsol and the alignment of interests between the national government and the private sector.

Under her leadership, together with the CEO of the company, YPF started the commercial development of unconventional resources (Vaca Muerta), achieving the license to operate from public opinion, local communities and government officials, and also attracting the investments from companies such as Chevron, Dow and Petronas.

Prior to this, in 2001, she founded two consulting firms, CAP Comunicación S.A. and Ibarómetro S.A, following the sale in 2000 of the leading national advertising agency she founded in 1983 (Capurro y Asociados) to the French multinational Publicis.

Doris has 30 years of global communications experience in reputation management, government affairs, crisis and issues management, as well as in sustainability program development and execution.

She has managed the communication and market research in Argentina for valuable international brands and the coordination of global communication programs for Nestlé, L´Oréal, Club Méd, British Airways, Qantas, General Electric, Whirlpool and Walmart, among others.

During the length of her career, Doris has earned numerous national and international awards for creativity, strategy and management. In 2015 she was chosen by the US magazine Advertising Age as one of their Women to Watch, and Citibank named her as one of the most innovative and creative women in Argentina. In 2017, she was the lead spokesperson for Argentina´s renewable energy process at the CERAWeek by Markit in Houston and also at AIREC in Buenos Aires.

Doris is a sociologist from Universidad de Buenos Aires. She teaches and lectures at several universities in Argentina and Spain.