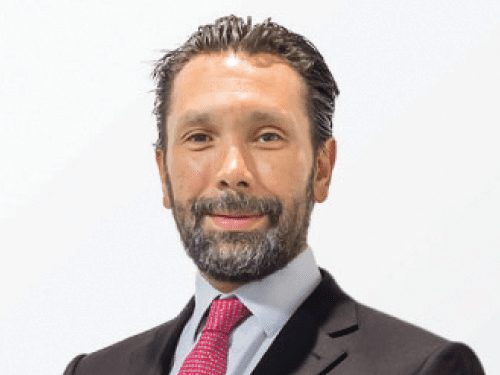 José Worked for Mercer Management Consulting the Energy and Operations practices. He became a Principal in the Mexico City office. Before Mercer, he worked with ADP, a consulting firm acquired by Mercer. He has led and participated in multiple projects in which he has conducted strategic, financial, economic, operational and organizational analyses. In 2006 he created Ainda Consultores S.A. de C.V., a leading energy advisory firm in Mexico with a focus in E&P, where he is a partner

Selected project experience includes the design and new strategy for contracts in E&P, specifically in drilling and completions for Tsimin-Xux and Ayatsil-Tekel. He identified and supported the implementation of structural transformation projects for PEMEX. Developed the business cases as well as market studies and evaluation matrixes and selection of potential allies for the Laboratiorios Integrales de Campo for Shale and Chicontepec. Additionally, he developed an alternative strategy for the strategic project execution and identification of legal options to optimize technology input and best practices in the petroleum industry in Mexico. He also developed strategic options for the President of Mexico with the end of providing key fundamentals for decisions regarding divestment of subsidiaries for a national petrochemical company and was part of the group that defined the principles regarding promotion and development of national content in the service and goods industries related to petroleum.

In the electrical sector, José gave strategic support to one of the largest electric utilities in Latin America in defining the terms and conditions for the bidding of a 20 year contracto of more than US$ 22B in supply and regas of LNG.

For one of the largest water utilities in Mexico, que developed a financial operating and managerial diagnostic, that produced strategic action lines to reverse its diminishing performance trend. Also related to water, he conducted analysis for the merging of 8 municipal water operators

Regarding infrastructure for the airline industry, he developed projections of operations and air traffic for one of the largest urban zones in the world with the objective of identifying saturation points of the existing infrastructure. He conducted impact analysis for a new airport that will become one of the largest in Latin America. This included analysis to determine the impact of different option for the use of the existing infrastructure, as well as producing an action plan for the start of construction. In marine transport, he supported the definition of a strategy to ensure a sufficiently large fleet of supply ships for offshore services serving one of the largest oil companies in the world.

For the private sector, he estimated the potential market and identified the key success factors to reposition the strategy and organization of a Mexican Fortune 500 company. He also led the strategy to increase market share in oil and gas of an international insurance company

Recently, he was in charge of the development of a technical-economic simulator for the financial evaluation of the exploratory blocks and filed for the Round 1 bid. The model included technical input to allow for an accurate estimation of well production, investment and decline rate of the bidding areas. The model also takes into account new tax conditions of contracts of Round 1. Recently he advised several caompanies participating in tender 3 of Round 1 with the economic evaluation of production blocks

In 2014 Ainda Consultores S.A. de C.V. with José as its CEO, was awarded Mexican Company of the Year by the Latin America Quality Institute. José teaches Corporate Finance at ITAM and he developed an executive program related to energy investment at ITAM. He is author of several energy related articles that have been published in magazines such as Energía and Debate