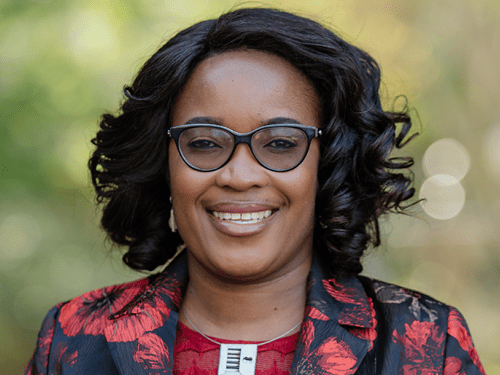 Maggy Shino heads the Petroleum Affairs Directorate within the Namibian Ministry of Mines and Energy. She has over 15 years working experience in petroleum geological & geophysical and environmental management related fields with a substantial part of her job requirements being supervisory role and field works.

Her career journey started when she joined the Ministry as an Energy Researcher where she was responsible for making use of energy research findings to influence honoring energy demands and policy formulations in the renewable energy sector. She later became a Petroleum Inspector with the responsibilities of ensuring the health, safety, and environmental sustainability in the petroleum upstream and downstream sector for Namibia.

In an effort to focus on advancing the exploration activities in Namibia she later became the Petroleum Geologist conducting geochemical and structural analysis to locate possible oil and gas accumulations on the Namibian continental shelf. She advanced with this role through different rankings to become a Deputy Director and this led to her progressing to the role of Director of the Petroleum Affairs Directorate where she regulates the petroleum upstream and downstream sector.

Her current role as the Petroleum Commissioner involves amongst other responsibilities the promotion of oil and gas investments, negotiating Petroleum Agreements, issuing of licenses and the administration of the Petroleum Exploration and Production Act. Mrs Shino has served as a Board member of Namibia’s Petroleum Training and Education Fund (Petrofund).