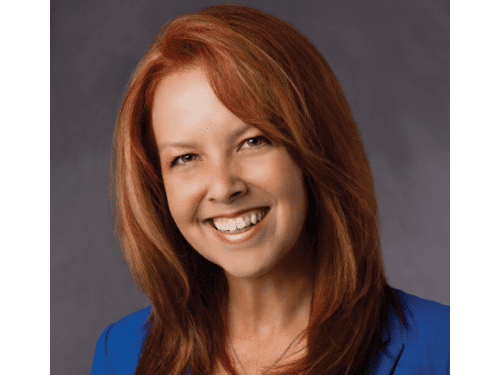 Regina Mayor serves as KPMG’s Global and U.S. Head of Energy and Natural Resources. She is a recognized thought leader on the disruptive trends facing the various segments of the energy value chain – from the impact of millennial and baby boomers on gasoline consumption to the rapidly changing demands in the power generation segment. Regina brings over 25 years of experience delivering largescale business and technology changes to major energy companies around the world.

Regina brings over 25 years of experience delivering largescale business and technology changes to major energy companies around the world.

Regina is an expert on energy trends and oil prices, frequently appearing on major TV news networks like Bloomberg, CNBC and Fox Business, and in top-tier business press including Reuters, Forbes, and The Wall Street Journal.

She is also a strong voice for women and inclusion and has been recognized for her advocacy.  In 2018, she was inducted into the Greater Houston Women’s Hall of Fame and named by Oil & Gas Investor as one of the 25 most influential women in Energy. In 2016 she was named one of Houston’s 50 Most Influential Women. She has been recognized by the Houston Business Journal as a “Who’s Who in Energy” in 2014 and “Women Who Mean Business” in 2017.  She was also featured in cover stories in both SHALE magazine and Oil & Gas Financial Journal in July 2016.

Regina is the host of KPMG’s annual Global Energy Conference and is a sought-after speaker and participant for major industry forums such as Privcap’s Energy Game Change, Gastech, Platt's LNG Conference, the World Energy Conference, Women’s Energy Network events, among others. She attended the World Economic Forum in Davos as a delegate representing KPMG, participating in key sessions that support the meeting’s annual agenda.

Regina served as an adjunct professor at Rice University’s Jones School of Business teaching energy strategy to professional MBA candidates and spoke at the Rice Energy Finance Summit in 2019.  She also serves on the boards of the Cornell Energy Institute and the Petroleum Club of Houston.

She holds a Bachelor of Science degree from Cornell University and a Master of Public Policy from Harvard University.  She was an officer in the U.S. Army Reserve and interned at the Pentagon as part of the Supreme Headquarters Allied Powers Europe (SHAPE) liaison office. Regina was born and raised in Pearl City, Hawaii, and currently resides in Houston, TX.