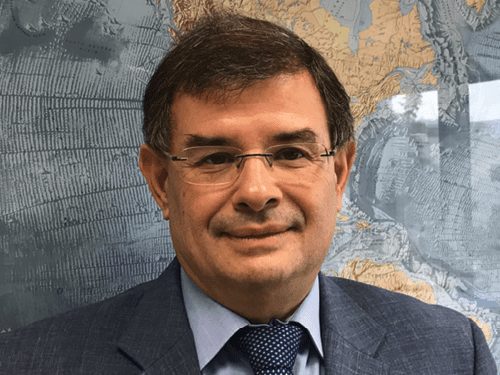 He began his carrier in 1982 at DEP S.A (Greek E&P Company, operator in 26 block in Greece), as geophysicist and gradually was developing as explorationist in upstream business undertaking also various managerial positions.  Since 1998 he joined Hellenic Petroleum Group, listed in Athens SE, and as Dep. Manager of Group’s  Business Planning participated in numerous M&A  corporate projects both in upstream and downstream sector (amongst them Group IPOs, DEPA’s acquisition, merge with Paneuropean Holdings, BP retail network acquisition in Cyprus, OKTA refinery acquisition etc).

In 2005 Yannis was appointed Business Development Manager for E&P of Hydrocarbons, participating actively in the international growth of the company by forming more than 20 JVs with international oil companies, submitting offers in licensing rounds and acquiring explorations and production rights in Libya, Egypt, Albania and Montenegro where discovered more than 200 mln bbls. Currently he manages the E&P business of the Group, focusing in the Greek fast growing upstream market where Hellenic is building a promising portfolio of blocks, either as Operator or as partner international JVs (with Total, ExxonMobil, Repsol and Edison) mainly offshore and onshore in W. Greece.

During 1997 – 2003 he served as advisor to EU Commission in the energy sector. Yannis was also appointed member of BoD in Hellenic Petroleum retail companies (Cyprus, Albania and Montenegro) and from 2015 onwards in Group’s upstream affiliates.  He is member of AIPN and he serves, as elected VP, in the Steering Committee of the CEEC Scout Group