The Changing Landscape of the Oil and Gas Sector

The recent discoveries in the MSGBC basin (covering Mauritania, Senegal, the Gambia, Guinea-Bissau and Guinea-Conakry) have triggered a great deal of hope for the upstream industry, the host States and their populations. Indeed, the development of these fields could potentially contribute significantly to economic growth and development, turning the sub-region into a regional energy hub.
In legal terms, the upstream oil and gas industry is structured around a single, underlying instrument: the Host Government Contract (HGC). At its simplest, the HGC constitutes a quid pro quo whereby a sovereign State grants rights to explore and exploit within a certain area to a private company in consideration for a share of the extracted petroleum and the fulfilment of certain minimum exploration and exploitation obligations.

Nevertheless, a number of factors may affect the balance between the parties over the life of the contract, making the quest for a balanced HGC a permanent challenge. These factors range from the cyclical nature of the global economy and oil and gas industry, the geological condition of the deposit and future changes to the regulatory environment.

African States with a civil law tradition have regularly updated their petroleum and mining codes so as to maximise their returns while seeking to maintain an attractive investment environment for E&P companies looking to deploy their capital. This trend is certainly apparent within the MSGBC basin, where a number of States have sought to adapt their legislation to the evolving realities of the oil and gas industry. The Gambia amended its Petroleum Act in 2004, creating a model form licence in 2014, with both Guinea-Conakry and Guinea-Bissau passing new petroleum codes the same year; Mauritania's Hydrocarbon Code, first passed in 2010, was modified in 2015; and, finally, Senegal looks set to revise its 1998 Petroleum Code in the near future.

Given these inherent challenges, any HGC that purports to fix the terms of the bargain once and for all would quickly become obsolete. On the contrary, in this cyclical and fluctuating context over the life of a project, the law and contracts plays a crucial role in stabilising the contractual balance in the long run. As Prof. Wälde observes: “rights, rules and procedures cannot resist the forces of the cycle – but they can proceduralise conflict and make the inevitable changes more palatable.”

In these early years of the MSGBC basin's development, it is helpful to briefly assess the approaches of the relevant States and their potential for successfully adapting to the changing industry.

Whether contractual instruments have the flexibility to address variable and divergent interests in the long term will be a decisive factor for the MSGBC’s economic success. Below we briefly look at three key components for determining the adaptability of these contracts: i) stabilisation clauses; ii) rent-sharing mechanisms; and iii) local content regimes.

I. Stabilisation in HGCs

It is widely accepted that foreign investors in the upstream sector require a certain degree of predictability, particularly given the risk profile over the life of these investments. Investors, both in the oil and gas sector and other extractive industries, have long sought to stabilise the terms of their HGCs against the impact of future legislative changes. Historically, this took the form of ‘true' stabilisation clauses, whereby future changes in law would simply not apply to the contract in question. Over time, these clauses often came to be viewed as too restrictive on the State's sovereign power to legislate. As a result, different mechanisms were developed, ranging from renegotiation clauses to economic equilibrium clauses, all in an effort to accommodate the investor's need for predictability in the face of the State's legislative and executive powers.

A recent study has shown that stabilisation remains a key concern for investors in Africa and these clauses are a standard component of HGCs on the continent. The MSGBC basin is no exception to this, with stabilisation provisions in different forms featuring in HGCs across the sub-region.

The sharing of the produced petroleum is at the core of the HGC. However, the mechanisms for working out a fair split of the benefits have changed over time. With the exception of the Gambia (which operates a licence-based system), MSGBC jurisdictions tend to favour the production sharing model.

According to this kind of mechanism, a first share of the extracted products is to be attributed to the operator covering his costs (the Cost Oil), and a second share is then to be awarded as profit (the Profit Oil). The key issue is therefore to determine how to arrange balanced rates for both the State and the investor.

In our experience, profit-sharing mechanisms within the MSGBC basin follow common patterns for the continent, with the State's share of profit oil escalating with increased production levels. Mauritanian HGCs have also featured a variant of this based on an agreed rate of return, where profit oil is calculated on the basis of a ratio of the value of the produced hydrocarbons, less the cost of exploitation operations, over the sum of the exploration and development costs.

In sum, a balanced share renting formula that satisfies both parties in the long term is reachable, provided that the formula is market-oriented. If correctly structured, the rent-sharing formula may alleviate some of the pressure for stabilised economic terms over the life of the contract.

There is a growing recognition of the importance of linking the extractive industries with the wider economic development of the host country. The Organisation for Economic Cooperation and Development (OECD) recently published draft Guiding Principles for Durable Extractive Contracts, highlighting the importance of investment maximising value from the development of a country's resources, including economic, social and environmental outcomes. Well-designed local content policies can maximise value by leveraging a project's demand for goods, services and infrastructure and in turn create linkages with other sectors of the economy. Equally, operators stand to benefit from a well-developed local industry of suppliers and contractors through reduced costs and simplified logistics.
Local content is increasingly a priority for host States in Africa when negotiating HGCs. Unfortunately, on many occasions the provisions end up as little more than simple requirements to source labour and materials locally or contribute to a training fund, without taking into account the capacity of local industry to meet the demand or how best to increase that capacity. There is a growing body of research on the requirements for successful local content policies, and host States and investors share a common interest in developing such policies. Again, this is an area where the MSGBC basin follows the pattern of the wider continent and where there is potential for developing more sophisticated mechanisms for linking the oil and gas sector to the wider development of the country.

Conclusion: Making the best of the MSGBC's potential

Striking the right balance in HGCs is a key challenge for ensuring the success of the upstream industry in any jurisdiction. Given the timeframe of these projects and the myriad factors affecting the sector, this is no small feat.
Experience elsewhere on the continent has shown that a fair balance and an emphasis on stability and predictability are key factors for success. All too often host States succumb to the temptation of the obsolescing bargain, as the relative bargaining power of the parties shifts over the life of the project (as the recent resurgence in resource nationalism has shown). By contrast, those jurisdictions that have developed a hard-won reputation for consistency and even-handedness are often those that make the most of their resource base.
As a relative newcomer, the MSGBC basin is near the beginning of its journey to develop its oil and gas resources. Governments and investors therefore have a genuine opportunity to develop a lasting and mutually beneficial partnership to maximise the potential of the oil and gas industry to propel the development of the region.

Herbert Smith Freehills has one of the world's leading energy practices, bringing together 300 energy specialists across our 27 offices to meet all your legal services needs globally.

We are proud to act across all elements of the value chain and advise the full spectrum of sponsors, lenders and investors. This platform gives us a finely calibrated perspective on the opportunities and challenges in the sector.  Our objective is to drive service delivery efficiencies and improve quality for clients. Investment in technology and our alternative legal service offices and lean approach to legal project management has helped achieve this together with significant savings for our clients.

Global instability, resource nationalism, regulatory changes, tighter environmental requirements and financial pressures can lead to a range of problems for energy projects and transactions. We analyse, advise and develop strategies with real-sector expertise to resolve a diverse range of disputes along every stage of the supply chain to mitigate risk and stay competitive in the market. 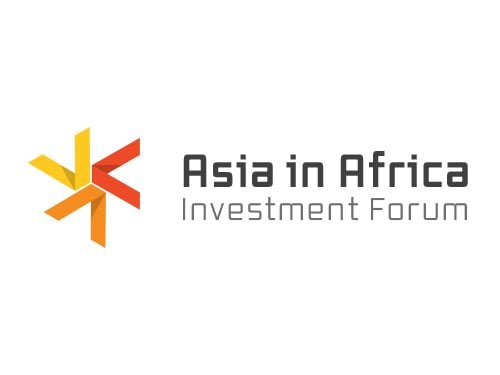 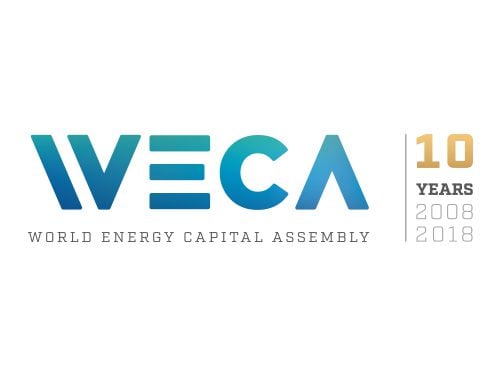