Today we have the luxury of choosing between several direct and indirect viable energy sources. Renewables and gas are two of these, and of course historically coal has been the dominant force. The decisive question we always face is “what is the optimal energy mix”? But what influences our choices for the mix? Is it energy security? Is it cost? Zero omissions? Or is it all of the above?

We have seen throughout the Energy Council network that transformational changes are taking place in the energy system – so far, I have said nothing new to you I am sure.  The transition underway goes way beyond the energy mix itself of course.  Innovation is coming more and more into the equation.  We also see optimisation through digital and smart grids.  Energy storage capability is advancing every day.  Yet we still keep coming back to what I believe is an archaic question – renewable vs hydrocarbons?

Let’s look at the facts.  To get to net zero emissions as per the Paris Accord we will need a greater share of the global energy system to be electrified.  From less than 20% today to at least 50%.  If we also take in to account the increased demands for energy, the power sector alone needs to quadruple in size over the next 50 years.  The final piece of the jigsaw is the 80% of the energy ecosystem that renewables are currently unsuited for.  Though they may argue over a percentage here or there, everyone I meet with openly agrees with the sentiment behind these numbers.  They also admit that renewables can’t do all the leg work.

I therefore suggest that we reframe the question to “Gas/Renewables vs Coal”?  The single biggest energy opportunity we have as a planet is the large-scale replacement of fully loaded coal generation with gas and renewables.  In the latter partnership it is irrelevant who the senior partner is, rather how in unison they can accelerate the journey to decarbonisation.

Renewables will indeed grow but gas flexibility and cost dynamics are compelling beyond today.  Take battery storage per MWh for instance vs. the cost of storing natural gas in an underground depleted reservoir.  The latter is projected to be 1% of the cost in 2028.  Technology forecasts are wildly inaccurate, but that is still a lot of innovation we are blindly hoping for to keep the lights on.

What is in the way?

In developed markets the cost of renewables has come down so quickly that it is actually the speed of change that is getting in the way.   With renewables comes volatility and that requires stability.   Trying to manage changes in the energy mix requires more, not less gas generation, for stabilisation.  Portfolio management of more gas and new technologies such as storage and business models, are adding new layers of complexity to decision making.  All of this is in many ways is preventing a new stable status quo from emerging.

We must remember that energy is regional.  Disparities clearly play a role and are at the forefront of decisions made in emerging markets.  Each region has an optimal ratio of gas and renewables that will act as a sweet spot for the cleanest system at the most affordable cost.  Adding at low capital cost, just the right amount of supplementary gas power capacity where and when it is needed, is a route to a low carbon future.  However, for places such as South Africa and India finding the best system outcome at an optimised cost is still far from clear.  This core topic is a central theme at the annual Gas to Power World Congress in Cape Town.

The utility business model that you see in markets around the world is changing in a very dramatic way and regulation hasn’t really caught up.  Previously we had a linear contained system of Generation and Transmission and Distribution.  This has now become very disaggregated.  Even within these three traditional strands, the systems themselves are in a state of flux, and the regulations are not suited for the new level of variability within the system.  In the past we saw it as a perfect stack that could be regulated, and now we have a complicated system that makes regulation a challenge.

A small but relevant case study is the role of tariff structures in markets with high retail power prices.  In such markets we see a trend for consumer to put in battery storage with utilities losing revenue.  There needs to be a fundamental rethink, as more individuals move off the grid still enjoy the backup gas provides (without paying for it).  This problem is only exacerbated with the increase use of storage.

Where we have already seen growth in renewables is in existing markets where power demand is largely flat, and with a lot of sunk costs into infrastructure.  The bigger win is going to be new electrification of the billions with poor access to reliable power.   How the power system expands to support them in an optimised way is the big question.  There is a clarity of thinking needed.  How can we serve a population that are without power that is free of dogma?  Frankly it is unfair, too simplistic and wholly inconceivable to expect a country such as India to simply abandon its natural coal advantage.  We again need candour and pragmatism on both sides about this.

What we need to do is find a balance between lowest and best environmental outcome in established and emerging markets.  The cost of PV on the face of it is now cheaper than a gas fired combined cycle power plant in the US.  This is much touted as evidence of the death of gas and coal.  Yet renewables require a back-up of some sorts, which currently comes with huge hidden costs. I would argue that the inability of coal and nuclear to ramp up and ramp down to accommodate renewable volatility is a longer-term argument that may resonate.  That said, there are parts of the LNG supply chain for instance where costs are in-fact rising.  Assurances around cost and price volatility need innovative answers, and through our network we are trying to help find them.

Too much of the conversation we see in the Energy Council network is around one energy source.  Gas can be the enabler that offers the support for renewables, in order for them to gain the penetration needed, and in order to maintain growth.  It can replace coal and work with renewables towards a low carbon neutral future both in developed markets like Canada and expanding power houses in Africa and beyond.  People on both sides of the argument need to become more pragmatic, and we need to allow those with the right knowledge to find the optimal solution for each country/region.  I hope we can support you and your business as you tackle these challenges. 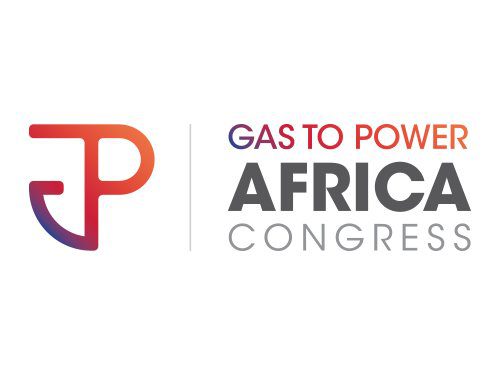 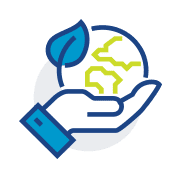