With the momentum of Total's discovery earlier in the year and the promise of an emerging player in the oil and gas sector, 2019 may be South Africa's best opportunity to set the legal framework for a successful and productive domestic oil and gas industry.

On 7 February 2019, Total announced a major discovery of gas condensate offshore South Africa, on the Brulpadda prospect on Block 11B/12B in the Outeniqua Basin,[1] which is reported to contain around 1 billion barrels of oil equivalent.[2] Total described the discovery as ‘opening a new world-class gas and oil play' and the announcement has certainly generated a lot of interest in the South African press. The upstream industry has also taken note and South Africa now features heavily in conversations about exploration on the African continent. Although there has been much speculation on the potential contribution to the South African economy, it is clear that reserves of this magnitude have the potential to transform the energy mix in the country and contribute significantly to public revenues.

Total and its partners plan to continue their assessment of the Brulpadda discovery through further seismic surveys and a number of further exploration wells later in 2019. In the meantime, the discovery has put the spotlight on the regulatory regime governing the upstream sector in South Africa. Oil and gas is covered by the same legislation in South Africa as mining, namely the Mineral and Petroleum Resources Development Act of 2002 (the “MPRDA“). The MPRDA is a regular feature in the South African news, most recently during the course of 2018 with the proposed Mining Charter III and the abandonment of the ill-fated MPRDA amendment bill. However, given the historical dominance of the mining sector in South Africa, oil and gas regulation has never been the centre of attention. That is now likely to change.

The MPRDA has been mired in uncertainty since 2015. In January of that year, then President Zuma declined to sign a bill into law amending the MPRDA, citing reservations about, among other things, the lack of public consultation. The bill was subsequently sent back to the National Assembly, and then to National Council of Provinces for further public consultation.

In November 2016, the Department for Mineral Resources proposed additional amendments to the bill, the majority of which related to the oil and gas provisions of the bill, which had been discussed with the Offshore Petroleum Association of South Africa during the Government's Operation Phakisa Oceans Economy initiative held earlier that year. These related to, among other things:

In late 2018, the Minister of Mineral Resources, Gwede Mantashe, announced publicly that the MPRDA amendment bill should be scrapped entirely and that the upstream oil and gas industry should be regulated under its own bespoke legislation[3]. His proposal to scrap the bill was subsequently supported by Cabinet but it has yet to be formally withdrawn by Parliament.

In June 2018, the Minister for Mineral Resources issued a restriction under section 49(1) of the MPRDA on the granting new technical cooperation permits, exploration rights and production rights. Although the stated aim of the restriction, to allow for improvements to the licensing regime, is a worthy one, the move caught the industry off-guard and has contributed to a sense of regulatory uncertainty. For an industry that is both capital intensive and subject to high exploration risk, regulatory and policy continuity is a key concern.

Since then, the Government has stated[4] that it intends to develop stand-alone legislation for the oil and gas sector. The Total discovery and the recent national elections should hopefully provide the necessary momentum to achieve this. This is an opportunity to set out a clear and robust framework for the sector and in our view is the right approach.

What should this new legislation include?

The most important role of the legal framework governing the resources sector is to ensure that the sector contributes to the wider economy and avoiding the pitfalls of resource-rich countries. First and foremost, this means putting transparency and accountability at the centre of the legal framework. Africa is in many respects at the forefront in this area, with initiatives such as the Extractive Industries Transparency Initiative (EITI) making significant progress in promoting transparency in the sector. This includes publication of contracts, disclosure of sector data and beneficial ownership. However, these requirements are only effective if they are implemented in a wider environment of effective national governance, notably with respect to political stability, the rule of law and effective institutions. Unfortunately, where these elements are missing, the governance deficit will have a greater impact in resource-rich countries.

The Natural Resource Governance Institute's Resource Governance Index (RGI), which assesses governance in 81 resource-rich countries, provides an interesting look into where South Africa is performing well and where improvement is needed. [5] South Africa is ranked second in Africa (behind Botswana) for its ‘enabling environment', broadly covering voice and accountability, government effectiveness, regulatory quality, rule of law, control of corruption, political stability and absence of violence and open data. Compared to many other jurisdictions in the region, South Africa's overall governance environment gives it a natural head start, particularly as a jurisdiction with a long history of managing natural resources.

However, at the same time, the RGI ranks South Africa 23rd out of 31 Sub-Saharan African jurisdictions on licensing, identifying a number of shortcomings in South Africa's licensing regime. Although the current legislation (under the MPRDA) provides for a degree of visibility as to bid qualification and disclosure of bidder information, that transparency diminishes significantly post-award. For instance, the MPRDA does not require the disclosure of winning bidders or blocks allocated. Most strikingly, although exploration and production rights must be registered with the Mineral and Petroleum Titles Registration Office, the registry is not accessible to the public. By contrast, Ghana has established a comprehensive and accessible online Petroleum Register[6], managed by the Petroleum Commission pursuant to the Petroleum (Exploration and Production) Act, 2016. A publicly accessible cadastre or title registry in South Africa would contribute substantially to transparency public accountability in the sector. An accessible registry would also significantly improve title security for prospective investors.

The last decade has seen an increase in legislative reform in the resources sector in Africa, with a mixture of objectives and results. A resurgence in resource nationalism across the continent has in some cases led to a blunt rebalancing of economic terms between the State and the investor, with little confidence that a better-governed industry will emerge. Elsewhere, reforms have contributed to greater accountability and more robust regime, to the benefit of both host States and investors.

With the momentum of Total's discovery earlier in the year and the promise of an emerging player in the oil and gas sector, 2019 may be South Africa's best opportunity to set the legal framework for a successful and productive domestic oil and gas industry.

Herbert Smith Freehills has one of the world's leading energy practices, bringing together 300 energy specialists across our 27 offices to meet all your legal services globally.

We are widely regarded as one of the world's pre-eminent oil and gas firms, with unrivalled international experience and a global reputation for excellence in the sector. We have advised on some of the most significant oil and gas projects and transactions around the world,  including in Africa, where we have built an impressive track record advising clients across the entire oil and gas value chain throughout the whole of the African continent.

Our Africa practice is serviced by a fully integrated team of lawyers from across our global network of offices, including Johannesburg. We have been ranked top by Chambers Global for Africa-wide Projects & Energy for the past 11 consecutive years, and 6 Herbert Smith Freehills partners are singled out by Chambers Global as leading individuals for projects and energy work in Africa, more than any other law firm. 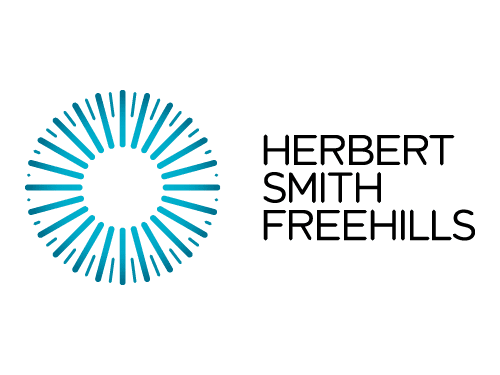 Herbert Smith Freehills is a Sponsor of the 2019 Africa Assembly